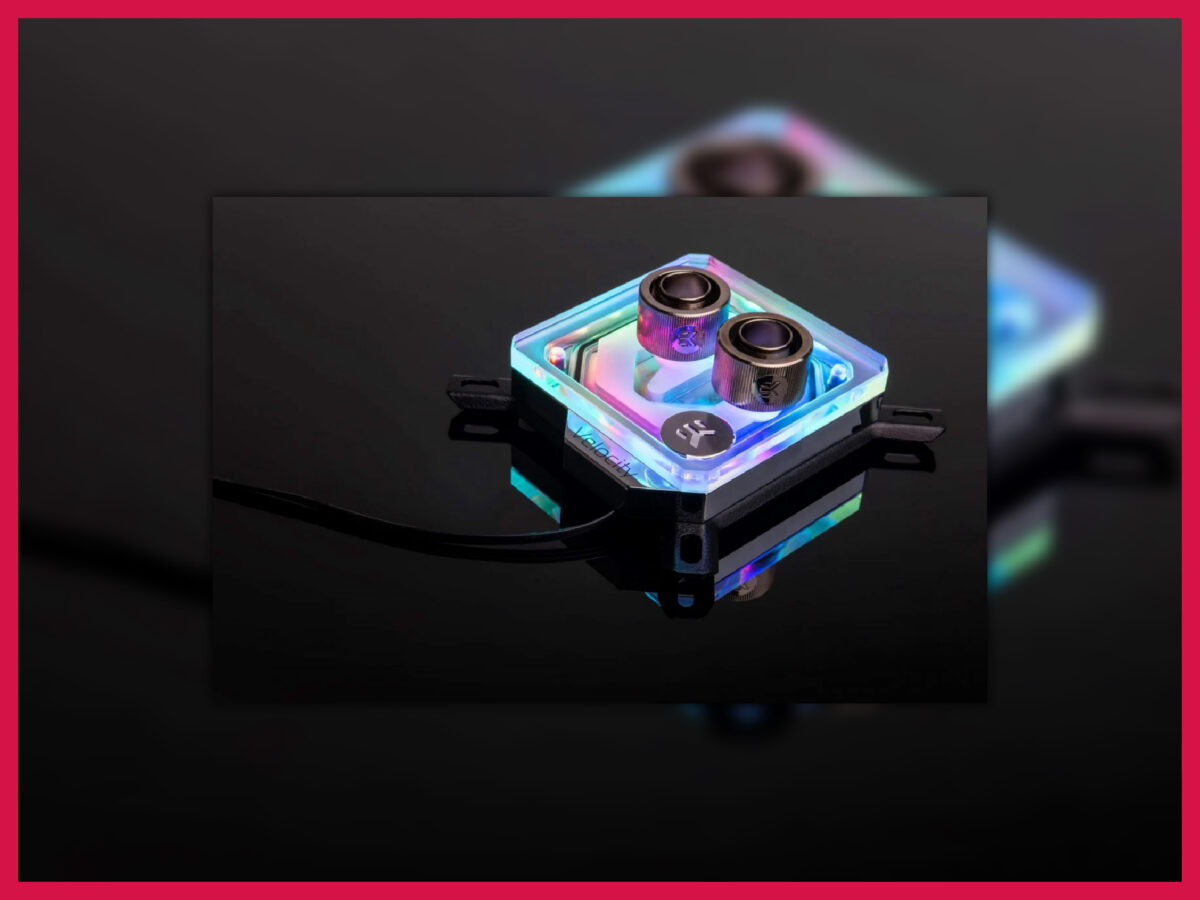 A CPU water block sticks firmly to the processor’s integrated heat spreader (the shiny plate with the logo). Cool water passes through this water block, absorbing heat from the processor, becoming hot. Hot water moves out, becomes cool or is discarded, and more cool water is entered into the system to absorb more heat.

In contrast, a conventional cooling system works by transferring the heat from the processor to a heatsink. On the other end of the heatsink there’s a fan, commonly called the CPU cooler. This cooler takes the heat out of the heatsink purely through air.

Now, air is a worse thermal conductor than water. If you swap this heatsink-air cooler combo with a system that cools the processor with actual, literal water (can be tap water or some sort of coolant), we can reduce the temperatures further down, more efficiently.

All water blocks aren’t compatible with all processors. As processors have different sizes, so do water blocks. Although most basic DIY water block can be set up on a wide variety of processors, if you’re going for brand water blocks then make sure you double-check whether it supports your processor or not. The PC watercooling subreddit is a great place to learn more about water blocks and do your research.

The working of a CPU water block

The CPU water block is attached by a thermally conductive glue to the processor’s heat spreader. It’s a metallic (usually aluminum) sealed container to hold water inside it and channel it. Sometimes there can be a little maze inside, a walled pathway on the edges, or just a cavity that holds water.

Inlet and outlet tubes are connected to two extrusions on the water block.

That’s it. Rinse and repeat.

Water is a great coolant. Better than air, at least. Setting up a large enough water block on your CPU can cool it down to a great extent.