There’s no “best skill build” in Jedi: Fallen Order for Cal. Depending on what type of player you are and what interests you, you can make a unique Jedi skill tree just for you. That’s the reason why I love elaborate skill trees as such. Not all players are the same, and a linear skill progression, therefore, severely limits the amount of fun one can have in any game.

The skill tree is carved up into three areas: Force, Lightsaber, and Survival. The various skills (33 in total) are not all equal. Some are vastly better than others but require more skill points and commitment.

You’re not given the whole tree at first. It becomes available in 4 stages. Unlocking Force Push, Force Pull, and Double Jump will unlock the later three stages of the skill tree.

Alright, I know I said that linear progression isn’t ideal but a little bit of it provides much-needed stability. I’ll be naming some skills here, which are all great skills and you should aim to reach them linearly. You can choose to also expand elsewhere while going for these.

Lightsaber skills from bottom to top:

Force skills from bottom to top:

Survival skills from bottom to top:

These seven skills shouldn’t be traded for anything else. Of course, you can’t do them all first. For example, after Dash Strike and Leaping Slash, you will need a whole lot of time to finally reach Lightsaber Mastery. But the point I’m trying to make is that you should aim for these skills first and then flesh out from there.

How to unlock, reset, and use the skill tree in Jedi: Fallen Order?

You unlock the initial skill tree at the beginning of the campaign. Other parts become unlocked as you reach certain stages.

As you finish objectives, kill enemies, find collectibles, unlock secrets, and so on – you’ll earn XP. Once you hit a particular amount of XP, you will gain a skill point. This skill point can now be spent to upgrade any available skill by going to any of the Meditation Points in the game.

Resetting the skill tree in Fallen Order is impossible. Though it’s a little something we all want to correct our mistakes, it’s simply not possible.

Using the skill tree is easy. Every skill displays the number of points you need. As it’s a bottom-to-top tree, you need to level up the skills lower on the tree first. Once done, they will make the skills above them available to be unlocked. Growing this way you can expand outwards in all directions.

Other skills you can go for

There are many good skills apart from the 7 I named above. Feel free to build Cal in this way if you’re confused about where to invest your skill points next.

That’s all you need to know about the skill tree in Jedi: Fallen Order. It’s a great adventure game and the most important thing to remember is to build your Cal your way. No compromises. It’s completely natural to find certain skills more important for your gameplay than others and it’s recommended you invest in those. 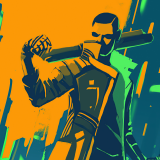