Liquid cooling provides much lower temperatures while gaming than traditional cooling (heatsinks and fans). The coolant that’s used in liquid cooling has considerably higher thermal conductivity than air and even water. Besides, it provides several other benefits as well.

Liquid cooling is similar to water cooling. Rather than water, you use a coolant. This coolant is most probably a dyed concentrate that has a blue or neon-ish color, which makes the inside of your case look cool, especially when paired with RGB lighting on internal fans, the board, the video card, and other components.

Is liquid cooling hard to maintain?

It’s fairly hard to maintain. For example, dyed concentrate used in coolants can produce goop inside the tubing. It has to be cleaned every 4-5 months.

Besides, giving the entire liquid cooling system a thorough check every few months is pretty much a rule. You have to make sure that all the fittings are tight and that there are no blockages or leaks. Chances are that a blockage or fitting issue will become apparent if you check for it constantly before it can cause any serious damage to the hardware.

Given that you also need to maintain an air-cooled PC, that’s mostly about cleaning the fans – which is a much easier task than auditing the entire liquid cooling system.

What are the other benefits of liquid cooling besides better cooling?

The liquid coolant is usually a dyed concentrate. As such, it helps make your PC more colorful. Seeing this colored liquid move under some flashy RGB lighting is simply amazing.

You’ll also be improving the lifespan of your component thanks to better management of heat.

Liquid cooling produces much less noise than multiple fans would in a typical gaming PC. However, that’s not always true. My first DIY water cooling build was dead silent, and much more effective in cooling than the aftermarket air cooler. However, my current rig uses full-fledged proprietary liquid cooling with a triple-fan radiator at the top, as is usual with modern liquid-cooled PCs. These radiator fans are handling all of the heat dissipation that my PC needs vs. a set of 4-5 fans in an air-cooled PC. Consequently, they always run at full speed and produce more noise than a 2-inlet-2-outlet fan system with pretty much the same hardware.

No. The coolant used in liquid cooling should be replaced every year or so. It’s more like thermal paste than a mobile phone. Of course, the thermal performance will degrade over time mainly due to particulate buildup. You can use the coolant for up to a year without any issues, however.

What are some problems with liquid cooling?

So far, we’ve only talked about what’s great about liquid cooling. But the world of liquid cooling isn’t without its fair share of problems.

Let’s go over the obvious ones. 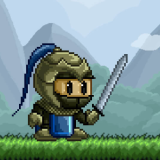