You can always upgrade a few aspects of your laptop. Even if you’re not technically inclined, it’s easy to follow a few guides on YouTube and change your system. For example, upgrading the SSD is recommended – most recent gaming laptops have an extra slot. They also have an extra RAM slot usually.

Sadly, the GPU or the processor cannot be changed (unless you’re very technically skilled).

Nvidia, most definitely. Nvidia works wonders on gaming laptops. It also has a better market share, better support, and a larger community. In fact, trying to search for a gaming laptop that uses an AMD GPU (and an AMD CPU, as those go better together) is quite the task.

Avoid going for 4k. It’s simply not worth it on a small display. 4k resolution is best enjoyed at screen sizes larger than 32” (gaming desktops). If you have an external monitor that you wish to connect then the laptop’s resolution doesn’t matter, in which case 1080p still shines as it will allow you to use your laptop screen to watch Full HD movies without connecting the external display and keep things crisp on the screen.

Also, note that the resolution plays a key role in determining gaming FPS. Higher resolution means lesser FPS on the same hardware. If your laptop is giving 150 FPS on a 1080p screen, connecting a 32” 4k monitor will reduce the FPS to 80 or even less.

15.6-inches is the best gaming laptop screen size. Not too small, neither too large. A larger size will add to the cost while reducing the FPS on the same hardware.

What this means is that with the same hardware on two laptops, one with a 15.6” display and another with a 17.3” display, you will get higher FPS on the former.

Refresh rate lower than 144 Hz and response time higher than 3ms is simply outdated for gaming purposes. All the truer if you’re playing competitive games.

Though it’s still not too late to go for a 120 Hz or even 60 Hz if you don’t play competitive games.

1TB SSD is simply an overkill for a budget gaming laptop.

If you’re just a little out of budget, you can go for a 256GB SSD and upgrade it later.

You can also go for a laptop with an HDD, given how SSD only improves loading times in-game, and nothing else. However, it’s hard to find modern gaming laptops that come with an HDD. Few have something like a 128GB SSD + 1TB HDD configuration, which is great in my opinion, but those aren’t gaming laptops as per recent standards.

RAM: Aim for 16GB, don’t settle for anything less than 8GB

16GB DDR4 will suffice. Again, if slightly out of budget, think of 8GB.

So, now we have pinpointed exactly what we need while maximizing gaming performance and minimizing the cost. Here are the top picks:

A year outdated, but still robust. The newer Acer Nitro 5 packs 30-series GPUs and 11th gen Intel CPUs (while costing more). However, the July 2020 model (this one) is a great budget laptop.

Both are amazing laptops. 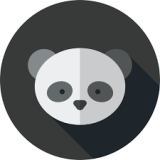