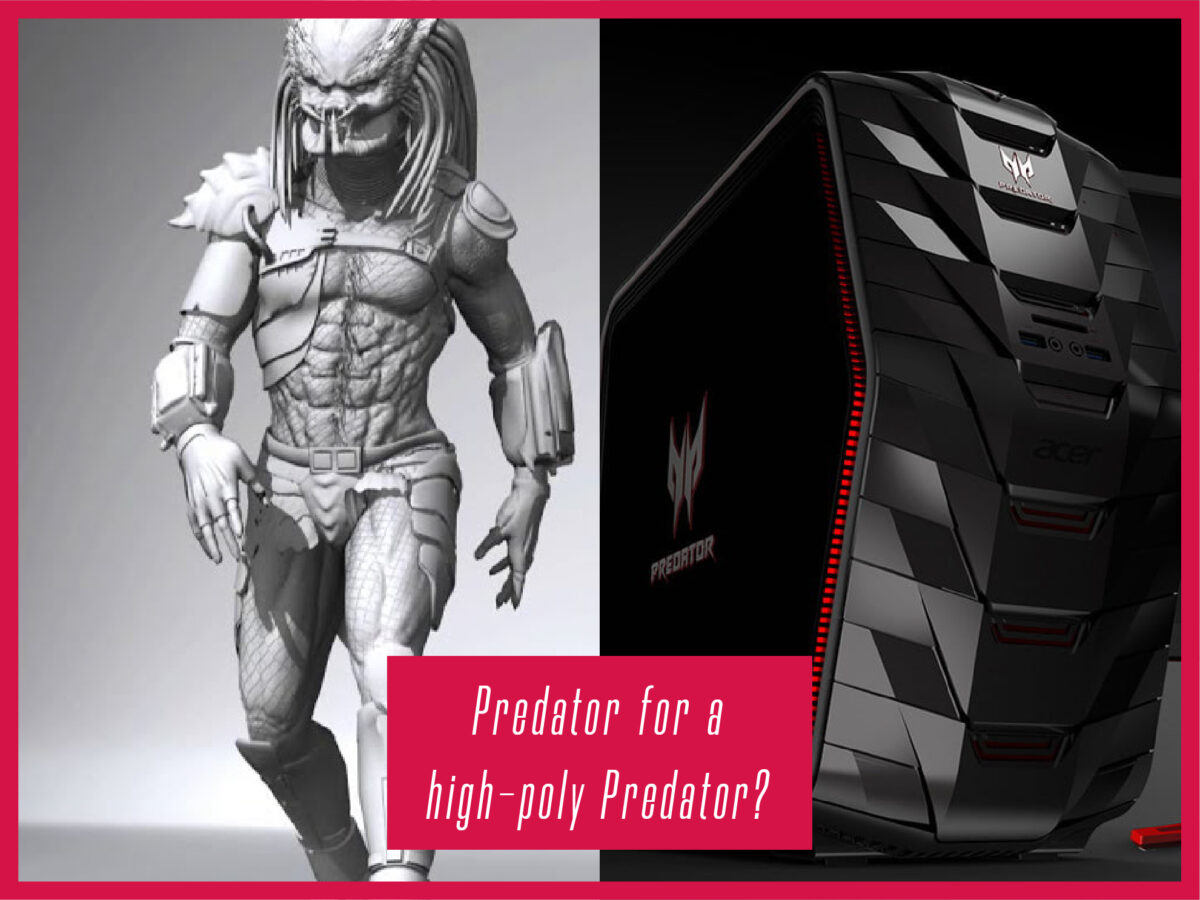 There was a module in our course (I’m an animation student) devoted to 3D animation. And my gaming rig was more than enough to handle it. So, I speak from experience when I say that gaming computers are pretty good for doing 3D modeling and anything related to 3D – texturing, lighting, even animation.

A gaming computer can effortlessly help you do 3D work (including game design, for example, I had also run the Steam Workshop and Unreal Engine 4 back then), architecture work (never tried, but AutoCAD has lesser requirements than Autodesk’s 3D apps), do some casual Blender fun, and more.

So, what components do you need?

Are you looking to build a computer that can do 3D modeling and animation easily while also being a good machine to play games on high FPS? Well, I’ll list the specs of my old PC that I had when I joined college (I didn’t have a lot of money back then):

And I had a Thermaltake Versa, it’s stunning even today!

Make sure you get the right PSU and UPS. This AMD setup will get you through 3D work and gaming easily. But this is the recommended spec. The higher you go, like Nvidia 2060, for example, the better performance you’ll get. At around the same time, one of my friends had an Intel PC with a 2080 Ti, and 3D work was remarkably faster on his PC in certain areas, while my PC had higher average FPS.

You need to make sure you have at least 32GB of RAM. Official specs for Maya and most other 3D software pitch you much less, but 3D work isn’t just Maya. You need to run multiple apps at the same time, like Photoshop for textures and Premiere for editing the output. Cinema 4D for that beautiful lighting and a browser tab open to follow up with your not so beautiful client.

32GB will make sure you can do it all smoothly and even at the same time.

When in the future you want to improve your system, get another 32GB, and an SSD. An SSD might not be a compulsory prerequisite for gaming, but it surely is for an efficient workstation.

RAM speed doesn’t concern you here. You don’t need the faster RAM stick out there. You simply need “enough RAM” to handle all the cache and volatile data.

Get a conventional 32GB DDR4 instead of a costlier but faster 16GB stick.

What affects RAMs the most is usually caches of particle systems and collisions, a huge number of polygons, or very high-resolution textures. And for all of these, you need “more” RAM and not “faster” RAM.

CPU for 3D modeling and animation

With 3D work, “fast performance” of your software is not good enough. You need realtime renders and instant results to your changes.

Whether it’s rendering or baking a texture, these tasks are single-core tasks. Mostly, the heaviest blocks in 3D work are lifted by activities that are single-core and cannot be bifurcated to multiple cores, unlike gaming.

For this, you need one mean processor. Any Intel 10th gen chip gets the work done smoothly. A rig-deformed mesh with multiple controllers will do better on a higher speed CPU, not a CPU with more cores. So, ignore the number of cores. Only focus on the speed of those cores.

AMD is pretty recommended for 3D work. You’re not a hardcore gamer so you could do with the lower prices, and it gives a good performance nonetheless. Note that I’m talking about AMD CPUs only.

GPU doesn’t help in animation all that much. A lot of things are GPU-exclusive in rendering, don’t get me wrong. You indeed need a powerful GPU for anti-aliasing, realtime shadows, SSAO, multiple lights, and more. But you don’t need the very best GPU for all this.

If you’re going to primarily do GPU rendering, then Nvidia GPUs do slightly better than AMD ones. A lot of software vendors (much like game manufacturers) have special optimizations for Nvidia, so that also helps. It’s more about industry support rather than actual performance improvement.

Disclaimer: This is not going to be a long section.

Hope that solves your queries. Have a good day!