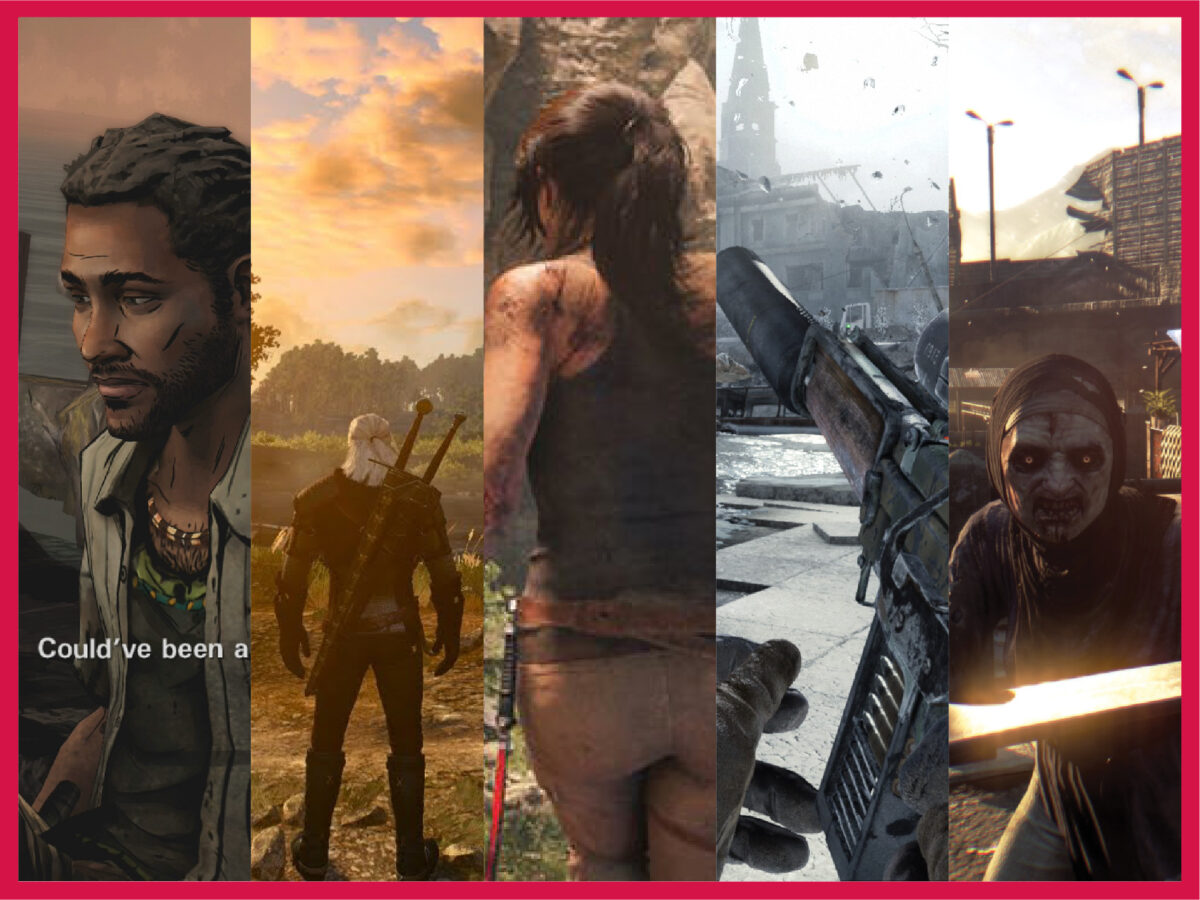 To all those of us who always enjoyed zombie movies, each hack and slash game that allowed you to beautifully massacre hordes of the undead, and each TV show where a set of dumb lead characters manage to orchestrate gruesome collective murders of our humble, not-so-alive brethren – let’s see the alternative to The Last of Us on Xbox.

Well, technically The Last of Us isn’t a zombie game. It’s a pretty realistic take on an apocalypse-level event. And the post-apocalyptic gameplay based after a plague is truly story-driven, as the developers always maintain. But it’s similar to zombie hack and slash games, and in its essence, shares more with popular zombie killer games than post-apocalyptic ones.

Painting rotten brains on the walls never gets old. But The Last of Us isn’t available on Xbox. So, how do you do it? How do you satiate your unending hunger? I have five options for you. Yes, five!

The greatest game on Xbox in 2017. Dying Light shares several similarities with The Last of Us. The infectious fluid that’s released during killing zombies in-game (Zombo-adrenaline) will hit the upper limit.

It’s fun, it’s engaging, and it will allow you to completely absorb the narrative.

The thrill, I must say, is the same between Dying Light and The Last of Us. Yes, the plot is different and so are the combat skills – but the adventure overall reminds you a lot of the latter.

Tomb Raider is not a legitimate survival horror game but one that’s strikingly engaging and similar to The Last of Us. It’s real, not just in the lifelike effects but in the way it allows you to interact with the world around you.

Since 2012, the Tomb Raider franchise has been on the favorite lists of many gamers. It’s not an old game. The franchise is a trilogy for Xbox. Shadow of the Tomb Raider, the last one of the set, came out in 2018.

It has the potential to cheer up your inner beast. It’s very familiar to The Last of Us. How? It has combat options with stealth, melee, and more. Further, the archeological adventure with a world trip, fixing the many puzzles, and the overall storytelling of Lara’s adventurous lifestyle is simply breathtaking.

I’m talking about three games here. Metro Exodus, Metro: Last Light, and Metro 2033. Are you wondering how can such old games be similar to The Last of Us? Don’t worry. Starting from the very combat patterns, stealth, and ammo management to the post-apocalyptic vibes – the games will give you the exact thrills as The Last of Us.

Roaming around the Russian post-apocalyptic world with the main character Artyom. It never gets boring, does it?

Collect ammo and make weapons with your bare hands. The ammo doubles as currency. Wipe out the threats and hold your ammo – you’re going to need it.

The Witcher 3 is although a very unique and sort of a standalone milestone in the history of Xbox gaming in its impeccable attention to details, it’s also notably similar to The Last of Us in many aspects.

Very few games on the platform manage to invoke the same level of adventure, thrill, and attraction.

You will simply fall in love with the graphics and the level of detail, not to mention the characters, the story, the side-quests, and everything in between. The production values are, therefore, comparable to those of The Last of Us. Just like how a gamer falls in love with that one, they also do so with Witcher 3. Both games know how to have you create a soft spot for them.

Lastly, there’s plenty of hack and slash in Witcher 3, not to mention crafting, inventory management, and character arcs – all of which make The Last of Us a popular PlayStation title.

The Walking Dead series is another old franchise. It’s truly a remarkable series of games. The first game, The Walking Dead, is so far the fan-favorite and a classic zombie game, based on the comic book series that’s also inspired the AMC TV show of the same name.

Quite similar to The Last of Us as it also resembles a post-apocalyptic world and includes comparable elements to the former.

You’ll play as Lee, the main character, trying his best to protect those he loves. The game consists of a total of five “episodes” (which were released at two-month intervals).

If you are a gamer looking into ways to make income off of your passion, there are several ways you can do so with ceaseless, shameless grinding.

A topic I wanted to discuss for a while now. And don’t get me wrong, I do NOT hate Witcher...

Call of Duty Warzone has several methods of game hacking on the Xbox.