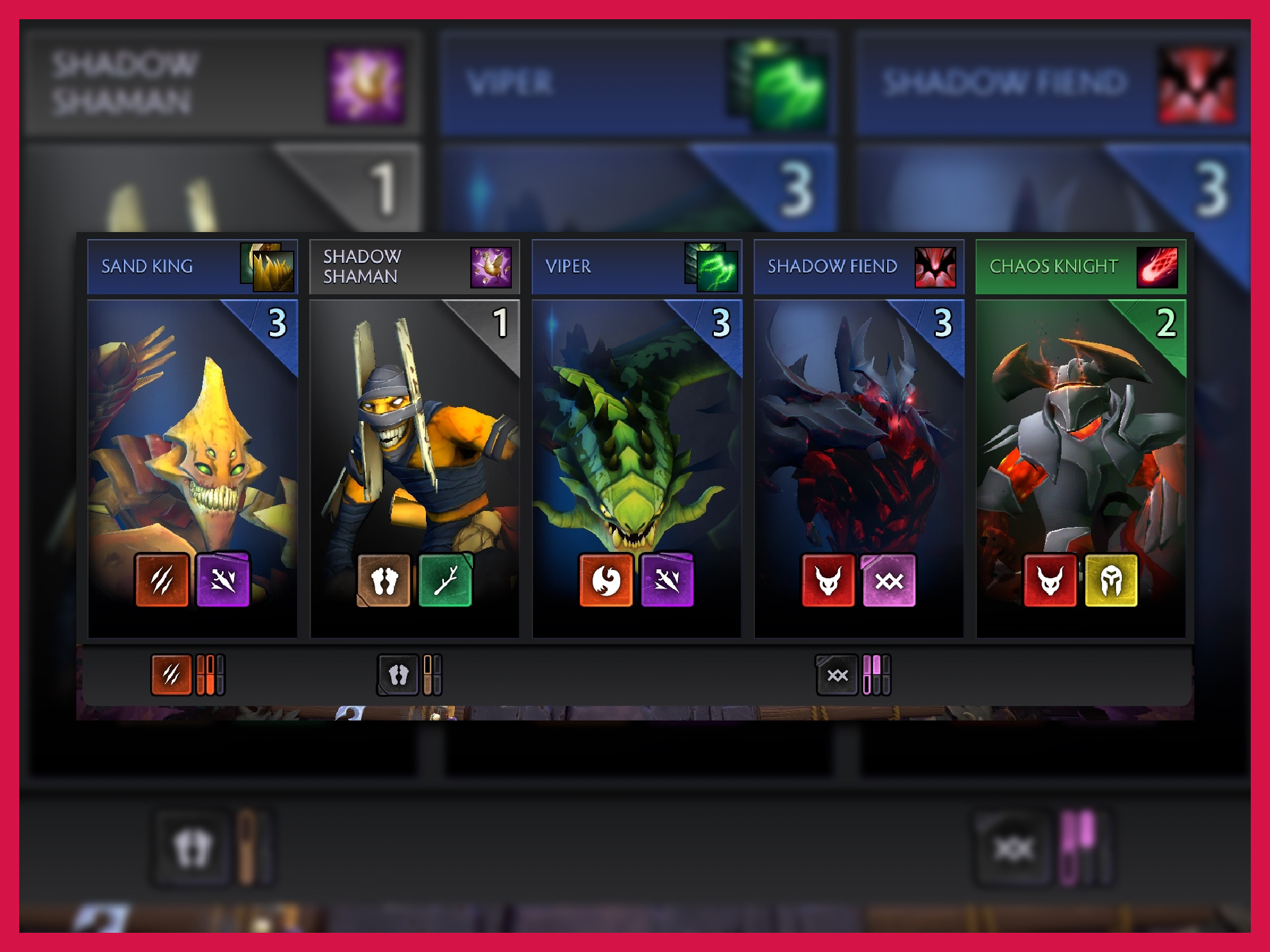 Everyone wants a piece of the “best” stuff! Are you also an Underlords player looking for a lowdown on the best alliances to choose in order to win more? Additionally, do you also want to know the best tactics to follow with each of the best alliances? Well, we have you covered.

In this piece, we’re going to discuss precisely how you can leverage the information about the best alliances and the best tactics with those alliances to secure more victories and have more successful and satisfying games in general.

Remember, this is a meta-updated guide, unlike many others that haven’t been updated since the time when Underlords only had 23 alliances.

There are a total of 27 player alliances in Underlords that you can choose units from. The neutrals come categorized into 8 alliances.

It’s critical to know all the alliances and what their specialties are. This cannot be learned in a day. The official page is your best bet. Rest you will understand as you play more.

What are the best alliances in Underlords?

It’s hard to say because each game is different and, in each case, you’re matched up with differently talented players. There’s also RNG involved. But making both, rough approximation and average data our guide, we can pinpoint which alliances work best at which points of the game.

Let’s start with the early game and build up on that.

These four alliances really shine in the early game. The whole point of having a solid early game is to set up your mid- and late-game. A good setup ultimately leads to victory.

Using your tier 1 and tier 2 units, you need to be able to pull off functional positioning as well as a strong core setup. These cores, when set up properly, will smoothen your transition into the mid-game and make you pretty invincible in the late game given you make the right decisions.

It’s very important to keep in mind that these units will be replaced by others later on. They are only useful as long as something better doesn’t come up in most cases.

Mid-game is not a standalone game period where you can just switch your alliance choice around.

What I mean to say is that if you start with a strong warrior-warlock deck then by mid-game (round 12-15 usually), you can’t expect to totally change your alliances by replacing your existing units with another alliance’s units.

That will be illogical.

Rather, you should look at complimentary units. If your early game was brawny then go for brutes, and so on. If you’re having trouble with an enemy Kunkka or Enigma, usually easily killable heroes that can turn the tide of the battle but are hard to reach, then it might be the time to deploy a Hunter like Drow Ranger. So, the mid-game is a mix and match phase. You can upgrade your early game deck turn by turn.

Until you get the higher tier units like the Aces (Gyrocopter or a Medusa), it’s often a good idea (and a very popular one) to utilize synergized units that will be replaced without the blink of an eye.

Build around Sniper, Tinker, Alchemist, Clockwerk, Timbersaw, and Weaver. Gyrocopter and Medusa are must-have luxury late-game add-ons. Bounty Hunter is a great placeholder. Sand King, Broodmother, and Terrorblade all work in perfect sync with this strategy.

Knights and healers make a deadly combo for the late game. These alliances, if set up correctly since the early game and coordinated well throughout the mid-game, can decimate your foes endlessly almost automatically.

Build around Abaddon, Omniknight, Necrophos, Dazzle, and Batrider. The knights will be Dragon Knight, Chaos Knight, and Sven. Viper and Troll also synergize well in this ecosystem.

Builds surrounding Legion Commander are also pretty popular. LC is a champion alliance unit, and the only one. She goes really, really well with heroes like Lone Druid, Treant, and Doom. Further, Dragon Knight, Shadow Shaman, SF, CK, Viper, Witch Doctor, Venomancer, Batrider, and Bristleback are all good teammates for an LC-oriented deck.

There are roughly two types of alliances: core and utility. You pick a core alliance unit that will dish out the damage and a utility alliance unit that will help the core unit. For example, heal, damage reduction, status effects, etc. are great utilities that not only disrupt the enemies but also enable your carry to be more effective.

The best core alliances in Underlords are the assassin, hunter, knight, mage, and warrior alliances. Depending on the game’s progression, enemy strategies, and the duration, which one you go for will change notably.

Always pair your core units with a utility unit. For example, a defensive alliance like a warrior can be hugely beneficial in most cases as compared to two core units.

Assassins are an alliance that works as both, a strong early game force and a great foundation to build upon and scale through the duration of the game. You need to be careful in picking the complimentary units and also choosing the assassins’ formation itself.

The unit to really desire here is Queen of Pain. QoP deals astonishing amounts of AoE damage and it should be any player’s priority to get her to two stars.

The dedicated assassin set has always been one of the most feared and most successful sets out there across different meta.

Along with Bounty Hunter and Nyx Assassin, you can have a deadly trio of assassins in no time. Not to mention Nyx pairs really well with other insect units and Bounty Hunter gels together very effectively with other Scrappy units, which we have a lot of.

When the game shifts to tier 3 units, you need to focus on getting Viper and Ember Spirit to accomplish a dedicated assassin set. Keep an eye out for items like Battle Fury and Desolator. These can make your core assassins much sharper, enabling them to slice through enemy units like a knife through butter.

Slark will come into play by the time you’re ready to materialize a 6-assassin set.

If you run a full assassin set, there’s little room for anything else. Try complimenting the best units on the field like Nyx with another insect or Viper with another dragon.

Bonus tip: If you get a Faceless Void at this point, you can replace Nyx (or even Bounty Hunter) without any guilt.

The name of the alliance reflects its specialty

As a general rule of thumb, remember that each alliance name reflects the intent and character of its units. This information is not going to give you any tactical advantage or strategic benefit but will improve your psychology during battles, therefore also possibly improving your reaction and reaction time.

For example, when you see the word “assassin”, what comes to your mind? In the language of Riki from Dota 2, fitting imagery would be “My skill set is narrow, but very sharp” or “My trade is deathcraft.” Assassins supposedly wield sharp weapons and kill with precision, attacking the most vulnerable part of the target when it’s at its worst – which is essentially the real-world equivalent of “critical hits”.

So, assassins have a chance to deal critical hits.

When you keep these connotations in mind, you will improve your reaction time because you’d know what a specific alliance can do, much quicker. The names are very self-explanatory so make sure you form a bond between the name of an alliance and the purpose it serves in an Underlords battle.

Be the king of the battlefield

Who wins on the 8×8 battlefield depends on a number of factors. Primary among those are which units you deploy, where you position those units, and which items you equip on your units. But one thing that supersedes all this is which alliances you choose to deploy.

Deploying randomly without alliance synergy is certain doom. Plus, you’re not likely to learn anything from a random draft like that.

See, alliances come with different advantages and disadvantages. If you want your enemy to play into your hands and find it difficult to survive your strategy, then you need a rock-solid grasp on alliances and what they do.

This is indeed the first step. No matter how amazing your units are, if they don’t synergize, they will surely meet their downfall later on.

In this piece, you learned about the best alliances in Underlords and why, along with the best tactics to follow for these alliances. Hopefully, that’s enough information to get you started on the right track. In case you have any queries, don’t hesitate from asking in the comments section below!