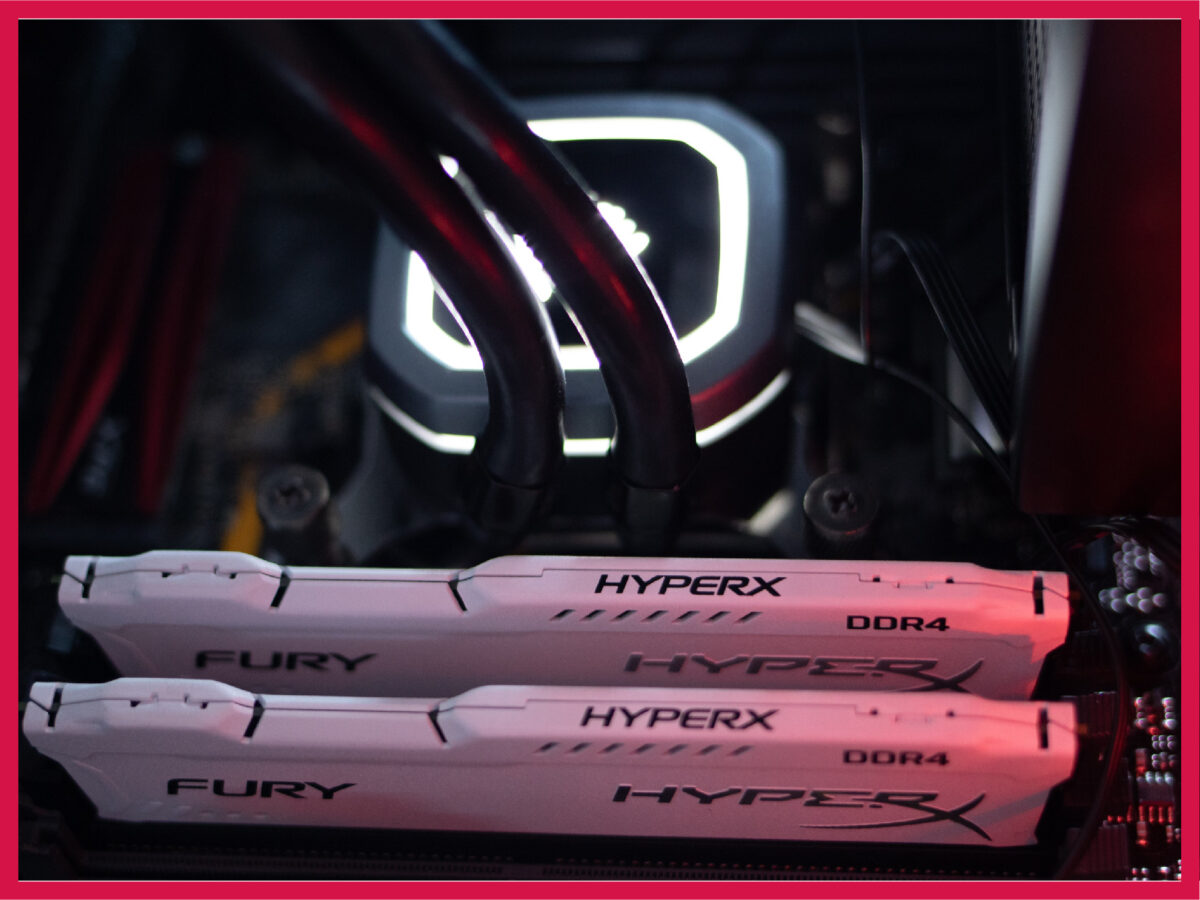 A PC gamer loves their rig. No questions asked. They handpick the perfect hardware so their framerates can be high. RAM plays an integral role in running games smoothly. Without sufficient RAM, the price of your GPU and the cores on your CPU are all quite meaningless.

The main job of the RAM is to send data to the display. However, during gaming, the RAM becomes the storage device of choice. As it’s faster than the storage drive, the game is loaded directly onto the RAM and run from there.

Older, smaller, and less lifelike games require less RAM. The more effects, realism, and technologies a game uses, the more RAM it needs to hold all that data.

However, all the data a game requires to render an image/frame isn’t held in the RAM. For example, one of the major assets a game needs are texture files. A texture file represents the texture or material of objects that will be rendered in-game. To render those objects faster with the intended textures, all texture data has to be loaded and ready in the VRAM. If you don’t have enough VRAM to hold all textures (or other assets like models), your game will either be slow, not look as it’s meant to look, lag, or all at once.

But the same problems will arise if your RAM is too low. Because although the VRAM loads up everything, the game doesn’t run at its ideal pace thanks to lower data transfer with the system RAM.

VRAMs do not try to alleviate the load on system RAMs. Both work completely independent of each other. Minecraft has smaller textures, for example, and will not use up a lot of VRAM. It’s also a game written in Java, so it will instead be more taxing on smaller RAM configurations. For most games though, the opposite is true.

Why is RAM important in a gaming PC?

The key to building a good gaming PC is to build a strong foundation, then you will only have to upgrade a few parts every few years to keep its gaming power intact.

The most important thing for a gaming PC is a good motherboard. It’s the foundation of your PC. Look at the specs before investing. Ensure it is compatible with the other parts you plan to install. The RAM goes right into the motherboard.

The more RAM the PC has, the smoother everything feels and runs. You’ll see faster startup times, higher frames per second when gaming, more freedom to multitask with different apps (like streaming while gaming), and an all-around better experience.

A gaming RAM is responsible for providing the computer with the speed it needs to perform smoothly during a long game session. Smooth functioning aids seamless gameplay, thereby making every gaming session enjoyable.

Before you add more RAM into your gaming PC

There are several considerations for every gamer before they plan to increase their RAM.

Will a new RAM fit?

How do you install more RAM (aka add another RAM stick)?

Hopefully, you have enough information now to get the right RAM that will work.