Gamers sometimes tend to go through phases of self-reflection. External pressure or failure in other aspects of life might be the reason. As such, we have tons of questions ranging from whether gaming is good for anything to is gaming addiction even a real thing or not.

As it turns out, there is limited but pretty sense-making research already done on these subjects. And today we are going to go over the most critical points and findings of such research papers and studies.

For example, did you know that:

We will go over these and other relevant findings. This all might be scientifically backed but note that research is simply not sufficient by most modern models to conclusively prove anything in terms of gaming.

And no, addiction to buying the latest GPU as it releases at scalper prices is not gaming addiction. That’s just good old categorical dumbness.

Is online gaming a type of addiction? Depends on the frequency and impact of gaming. A pathological gamer hurting their social life is clearly a victim of videogame addiction. And this has become very common in online gaming scenarios.

We had determined that gaming addiction has to be studied as a part of the socio-cultural environment as early as 2013[2].

A study of 18 studies[3] focusing on gaming addiction is a piece of pivotal literature. Empirical research tends to suggest that:

There is ample proof that gaming aids in mental well-being in adults. A 2020 article in The Guardian addressed an Oxford University study that found people playing Animal Crossing and Plants vs. Zombies four hours a day reported better well-being.

The story of academics unearthing the good bits about gaming is not fresh. Gaming has always been closely associated with a negative social outlook. There are two primary factors:

The aforementioned study is actually a pioneering academic paper because it is one of the first studies into gaming that collect gaming data directly and not from user recollections. This paints a wholly different picture altogether. Gaming might have always been good; we just didn’t do the studies the right way (or we lacked the tools for it).

A couple of points to keep in mind:

Here are some other considerations on the subject.

Researchers in South Korea studied many individuals who played online games for long hours every day. They took brain scans of these people and compared them to brain scans of people who did not have an online gaming addiction. They found significant differences in the brains of those with the addiction.

Interestingly, these parts of the brain are also overactive in people who suffer from obsessive-compulsive disorder (OCD), which is known to be related to anxiety disorders.

Diagnostic criteria for problematic use of computer games

A person can be diagnosed as addicted to gaming in the following cases.

The World Health Organization has officially recognized “gaming disorder” as a mental health condition — an obsessive compulsion to play video games that gets in the way of other daily activities.

An increasing number of clinical studies and reports from health care professionals have described the new condition as a serious problem affecting people of all ages, including some children, worldwide.

The WHO’s decision to recognize gaming addiction as a distinct disorder came after years of debate and research into its cause, symptoms, and treatments. The decision, made at the organization’s annual assembly in June, was announced Monday in the latest update to its International Classification of Diseases.

The disorder is defined by the WHO as “impaired control over gaming,” increasing priority given to gaming over other interests and daily activities, excessive use of video games despite negative consequences, and continued excessive use despite knowing about physical or psychological issues caused or exacerbated by gaming.

Those who are addicted may experience a range of symptoms including irritability, sleep problems, and decreased appetite.

The WHO defines addictive gaming behavior as being present if at least one symptom is exhibited within 12 months.

Do video games make you violent?

Many studies have found absolutely no correlation between aggression and pathological gaming addiction, including a 2006 study[4]. But in a few studies, the risk of greater impulsivity and increased physical aggression in boys has been reported in 2009-10.

Again, research is sparse and small.

The best way to determine the relationship between violence and gaming addiction is to judge each gamer as an individual case.

A fairly strong opinion of gamers in this regard is that individuals with naturally violent, aggressive, or impulsive intents simply find games to be a good outlet, and as a result, this connection can be made between the two things which foreshadow the entire gaming community.

We need more and bigger studies to conclusively prove or disprove any claim in this matter.

Here is the tl;dr crunch.

Toxicity is a powerful stimulus that breeds frustration. This frustration can lead to negative behavior as well as the compulsion to “prove yourself”, thereby extending your gaming sessions.

A metric the majority of studies fail to take into account even when they specialize in online/internet gaming is the average toxicity or rather more stylishly, “saltiness” on the servers of a game. Even within games, this metric differs across servers, skill levels, languages, and sub-regions.

Measuring toxicity is impossible. Game developers have tried and failed, forever doomed to perfect an algorithm that will never truly fulfill its destiny.

If a gamer in a fairly bad spot in a toxic bracket makes the switch to a hypothetically “cleaner” game with most of the features that they like, it’s understandable how that would affect their lives positively. This is the difference between good and bad gaming.

Bad gaming is an endless pursuit of achieving something made very difficult to achieve. For example, reaching a certain coveted title, tier, bracket, or rank when you are very low (often termed trench) by pushing through toxic players in a game where victory depends on teamwork is remarkably frustrating and can lead to negative behaviors typically associated with gaming addiction. 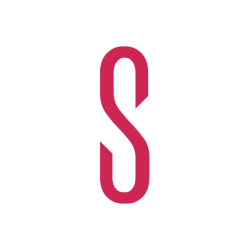 Spearblade Staff
This is a staff account. Multiple authors work on contributing to Staff articles and all articles are double-checked to be neutral and devoid of personal opinions by the editors. 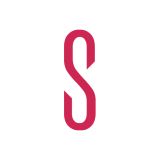