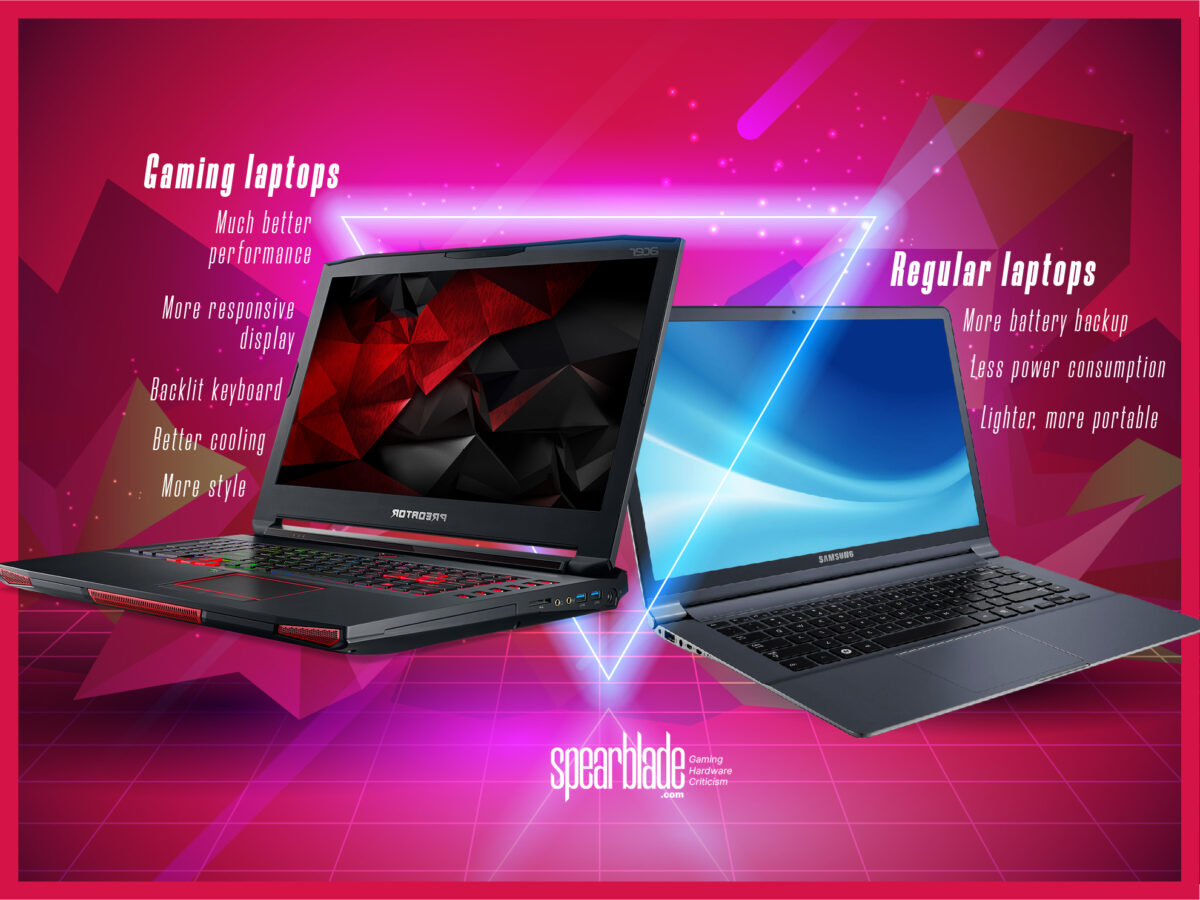 A normal laptop will be able to do that pretty decently. You open a couple more apps and switching back and forth between those will start becoming slow regardless of the operating system.

Many applications require GPU. Adobe applications, for example. If you do photo editing on Photoshop, video work on Premiere, and so on, then a normal laptop will find it difficult to give you a 100% lag-free performance.

Then some apps need much more GPU than they need anything else, like Autodesk Maya or After Effects. No one in their right mind will pick a normal (non-gaming) laptop for these kinds of work.

And even after those come games. Games require a lot of GPU, a fast processor, and a lot of RAM. An SSD on top of that makes sure the loading screens are kept to a minimum. All these features are absent in a normal laptop.

The key design differences between gaming laptops and normal laptops

What to expect in gaming laptops, exclusively?

There are certain considerations that normal laptops don’t require but ones that gaming laptops do. You can expect these in pretty much any good gaming laptop.

The MSI GS63 is a thin and light gaming laptop that offers a great combination of power, portability and value....

Can I change the laptop GPU? Upgrade it? Remove it? Laptop gamers usually have very concentrated GPU-related queries. In this guide, which shall henceforth be dubbed the “ARUC” (Adding, Removing, Upgrading, and Changing) guide, I’ll explain everything related to GPUs within a gaming laptop.