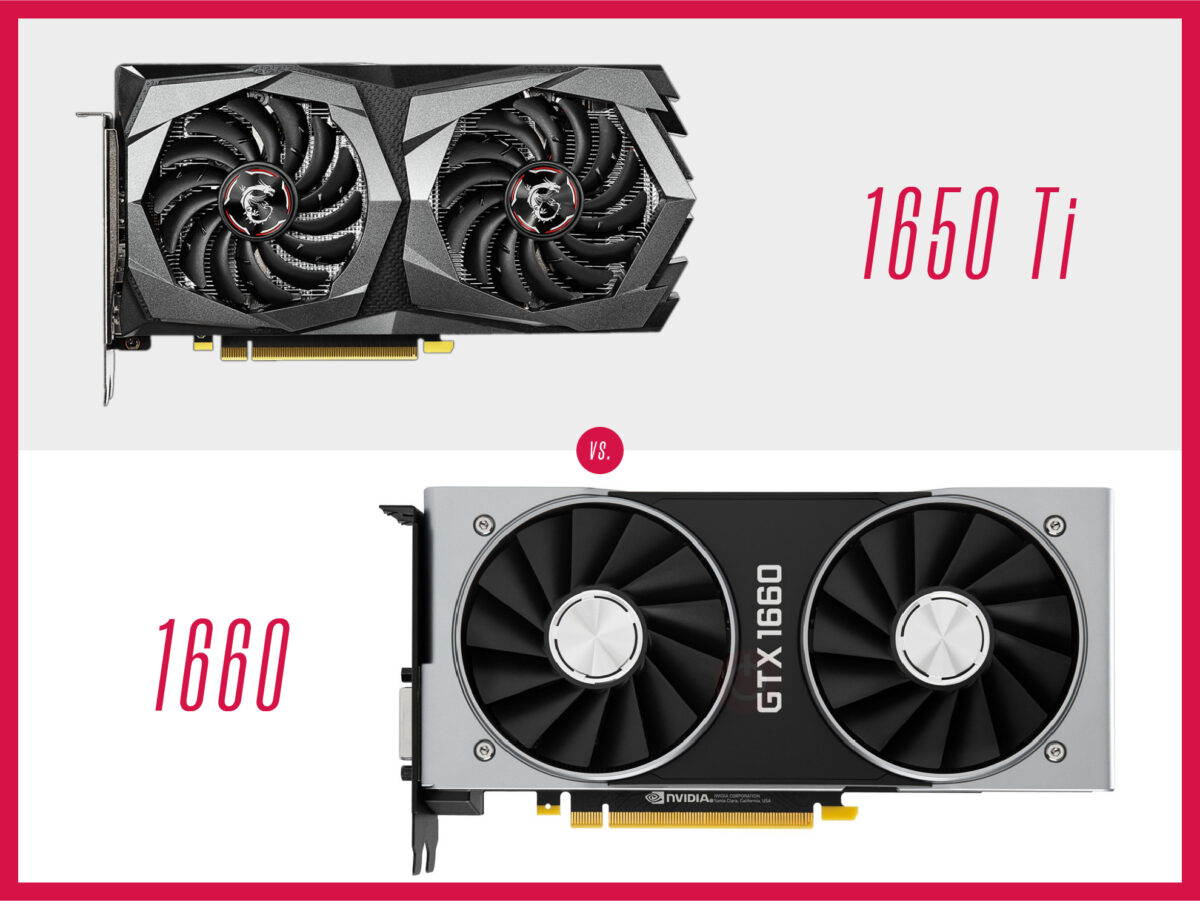 A good GPU makes a huge difference in the way you experience the game. Both the 1650 Ti and the 1660 are 12 nm Turing-based mid-range cards from Nvidia. Both offer pretty good value for money. But the devil is in the details. Let’s find out which one’s better, the 1660 or the 1650 Ti.

Both the 1650 Ti and the 1660 have the same core clock speed, length, memory clock speed, memory type (GDDR5) and interface. Here are the major differences:

In terms of performance and standard benchmarks, the GTX 1660 performs anywhere from 20-40% better than the 1650 Ti. Similar scores exist for popular game FPS differences as well.

Comparison with other GPUs

It’s hard to answer which one’s better in absolute terms. It’s easy, however, to give a rough idea by comparing both cards to few other popular ones.

The GTX 1660 is a mid-range video card for decent gaming. It outperforms the couple years old GTX 1060 6GB. Nvidia has hinted that the expected performance of the 1660 is somewhere in-between the 10 and 20 series.

So, which one is better?

1660 performs really well on all graphics and gaming performance tests. It’s totally worth buying in terms of value. On the other hand, the GTX 1650 Ti isn’t too bad. The performance you get is still worth the price when you’re on a budget.