If you have low FPS on 3060 Ti, then most probably, you have one of two issues: misconfigured BIOS settings or RAM issues. In both cases, you need to do some tweaking. Let’s see how, and also the additional problems that might be causing the issue.

I’m taking it as you’ve already done the basics such as updating the drivers, game, and Windows. You’ve also seen that no other software is interfering with the settings. You’ve tried a reboot. You’re still experiencing 60 or lower FPS even though you should be getting upwards of that.

Sometimes, the RAM is set to run at the base/system clock speed, which is lower than the maximum clock speed supported by 3060 Ti. You get lower FPS as a result. This has to be changed from the BIOS settings. The exact steps differ depending on the motherboard manufacturer, but ideally, you should be finding XMP – Extreme Memory Profiles. This turns up the RAM to the highest frequency.

Also, make sure the RAM is running in dual-channel mode.

Lastly, make sure your power management settings are turned to high performance and not power-saving or balanced within the BIOS settings.

Also read: Gamer’s guide to BIOS settings to understand what are the gaming-specific settings in BIOS, how they affect other hardware, and how you can optimize them for the best gaming experience.

You need fast RAM. If you’re still on an older RAM with lower speed on an older motherboard, you might need to upgrade.

On the other hand, when you have multiple RAM sticks, your clock speed might be getting bottlenecked due to one (or more) RAM sticks having a lower frequency than other(s). For example, if you have 4 RAM sticks and two of them are 2666 MHz while the others are 3200 MHz, you might be limited to a maximum speed of 2666 MHz only. This too has to be changed from the BIOS settings (advanced settings > memory speed). Set the memory speed to the highest offered by your RAMs.

This is precisely why you’re highly recommended to upgrade your gaming desktop by only purchasing the exact same model of RAM sticks repeatedly. RAM sticks tend to create even more problems when not from the same manufacturer or even the same product line.

If the above doesn’t work, then there are a few other things you can try:

Try reinstalling drivers. Use DDU to completely uninstall all graphics drivers and reinstall them from the official website directly. 50-50 chance of this being the solution.

Try turning off any overclocking or graphics management software such as MSI Afterburner, Dragon Center, etc. Dragon Center’s gaming mode is also reported to cause FPS drops. Revert to the defaults on your Nvidia Control Panel.

Try a hard power reset. PSU-related issues also interfere with the power usage of the hardware. Turn off your PC; unplug the power cord; unplug the PSU completely; wait for 10 seconds; press and hold the power button for 30 seconds while everything is disconnected; plug it all back; turn the PC on.

Check how your GPU is connected. If it’s running on PCIe x1 3.0, switch it to x16. Also, reseating the GPU simply might fix some connection issues, which are hard to find out.

Check for thermal throttling. The issue might be completely unrelated to your hardware and a result of inefficient airflow or cooling in the chassis. Download GPU and CPU temperature monitoring apps and see whether you’re getting high temperatures.

What if troubleshooting is ineffective?

Troubleshooting might not be the answer in your case. It can be due to several reasons:

The game on which you’re getting low FPS on 3060 Ti might not be a popular game. As such, there’s always a chance that it’s not been updated. Bad optimization can lead to serious frame drops. There are many games (especially indie ones) that would give you 90-100 FPS on an RX 580 but stutter at 40-50 FPS on an RTX 3060 Ti. It makes no sense. But think again. Games have to be optimized for newer video cards, and not all developers keep up or can keep up with the changing hardware. You’ll need to revert to an older GPU in this case or struggle with your RTX 3060 Ti.

Do you have a weaker CPU or RAM than usually recommended for modern games? When you upgrade to a better GPU (in this case, an RTX 3060 Ti), you also need to make sure the RAM is high and fast enough; as well as that the processor is new enough to complement the performance increase in your GPU. CPU bottleneck is a pretty common issue with FPS stutters or drops in high-end gaming on the RTX 3060 Ti.

The last resort is to reduce demanding graphics settings. Note that these settings might have a different name in different games, or absent altogether.

I hope some of the tips above solved the issue for you. Low FPS on a 3060 Ti can be a pain.

It’s very disheartening if none of the above fix the issue for you. Low FPS on the 3060 Ti is a widely reported problem but that’s the extent of the fixes. I’d recommend you to run:

And use the Spearblade Contact form to get in touch. We’ll get back to you and you can share these screenshots on mail. We’ll try to troubleshoot what’s going wrong with your PC. 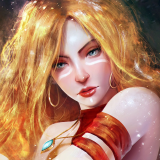