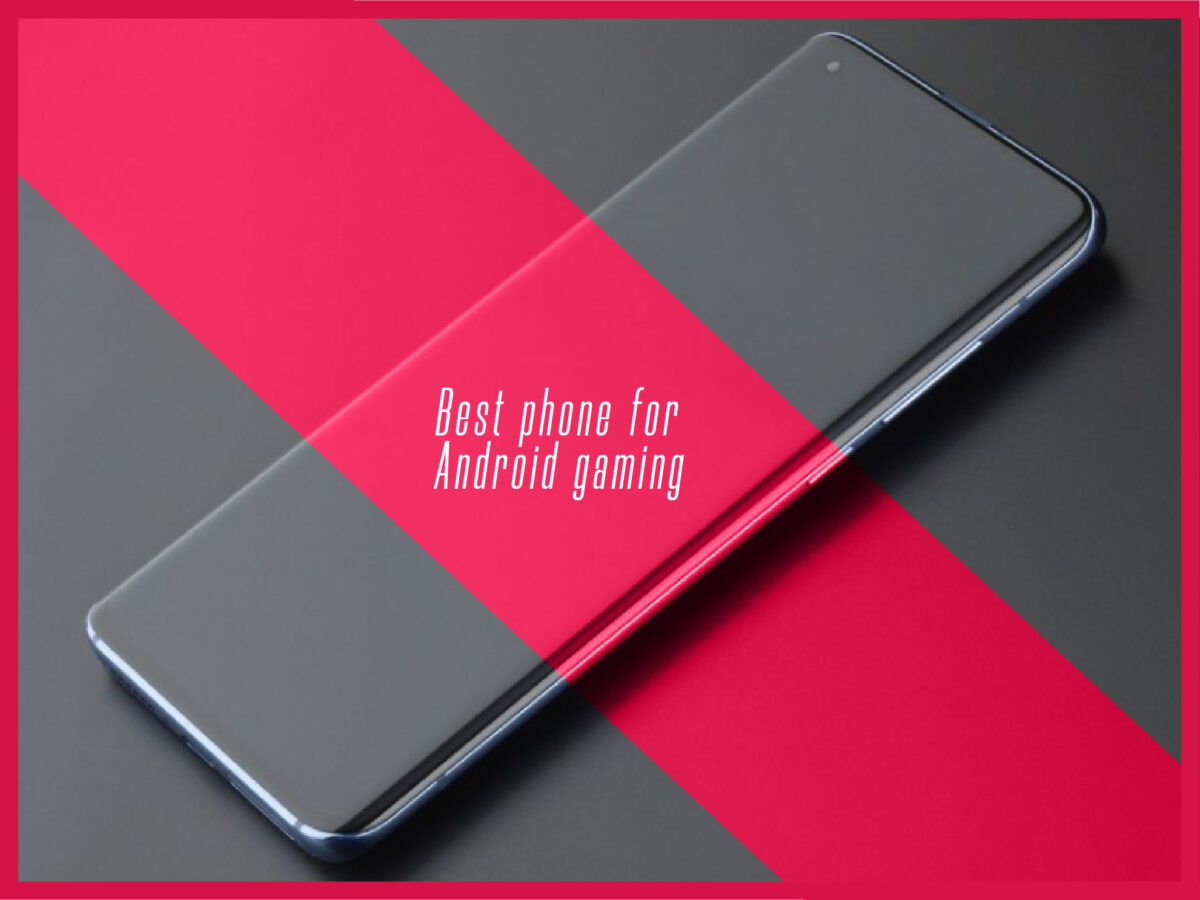 Gaming is a passion shared by millions. The rush is like none other. There are innovations in mobile gaming all too often now. And the entire meaning of a “mobile game” has changed since a console or PC gamer last heard of it – .jar files on Nokia Symbian generic phones. Let’s celebrate this adaptation, this beautiful transformation of mobile gaming into a legitimate and serious affair.

A smartphone is a mini-console in many ways. Atari is coming with its mini-console anyway, and then there’s Nintendo Switch. Apart from them, there’s the iPhone gaming platform that my fellow writers have already covered here, including Apple Arcade. So, why should we not discuss the best hardware to play Android games? It’s gaming hardware anyway.

Android gaming is a full-blown hobby. A serious gaming platform. Androids are more affordable than iPhones, which means more users have the potential to play an Android game (though the iPhone remains to be a better gaming machine).

But Android games have seen exponential growth, and so have various smartphones. It’s safe to say that Android phones today built for long hours on gaming are full of features and heavy-duty components that can be comparable to the iPhone and even gaming laptops.

Note: we’re going to talk about the chipset. The chipset is the motherboard + CPU. In smartphones, the CPUs are directly fused to the motherboard, saving space and increase speed.

What are the best Android phones for gaming as of November 2020?

ROG Phone 3 is possibly the best phone for Android gaming. It’s claimed the throne and rightfully so. Completely designed with gamers in mind, the Phone 3 from Asus ROG, a renowned gaming brand, features top-of-the-line specs.

Largest from many angles, and truly high performance.

Specifically designed for gaming, the product comes with an AeroActive 3 cooling fan that keeps overheating at bay during long gaming sessions.

The ROG Phone 3 is although everything a gaming phone needs to be, it does have certain glaring drawbacks. No microSD slot or 3.5mm audio jack. The camera is pretty basic. And the price is a little expensive.

The best thing about the Black Shark 3 Pro is that it’s not expensive at all. The massive 7.1″ OLED display with HDR10 and a 90Hz refresh rate makes sure that gaming is not affected at all.

It also comes with RGB lights and a very promising battery life that will keep going on. Couple that with shoulder triggers and a Snapdragon 865 chipset, you have the ideal Android gaming smartphone.

The 7T from OnePlus is one of the best gaming smartphones. Overall excellent display, high-end components, in general a very high-performance system to play games on. The 7T is one of the flattest high-end gaming Android smartphones, which is always a plus.

Apart from all the powerful components and the 6.55″ screen size, the smartphone also packs a versatile tripe camera and comes with a great battery life.

The RedMagic 5 series from ZTE is a smartphone designed for gaming, and only gaming. Although the series has other models as well like the 3S and the 5S, the 6.65″ 5G is most gamer-friendly.

It offers a bright display and has amazing touch feedback. With a built-in fan, trigger buttons for gaming, RGB lighting built in, and a very economical price point considering the competition, the RedMagic 5G is one of the best smartphones to play games on.

The obvious drawback is the phone’s lack of a global presence. Marred by availability issues, you’ll also struggle because of poor translation, lack of a 55W charger outside of China, and a myriad of software/skin issues. The camera is also bad when compared with closest competitors.

The Realme 6 Pro is more of a value proposition. It’s priced almost half of many smartphones on the list. If you’re not hell-bent on getting the very best of hardware and display, then the Realme 6 Pro can be a great fit for you.

It comes with a large 6.6″ 90Hz LCD screen and a 720G chipset from Snapdragon, ideal for smooth gameplay.

The phone is plagued by availability issues and although more and more locations are becoming available, there can still be certain issues.

The Motorola Edge sports a large OLED screen and comes with various gamer-friendly functionality such as virtual trigger buttons. It has a splash-proof design with plenty of battery juice. The phone runs on clean Android.

But at this price point, the 6.7″ Edge delivers some great gaming performance. Couple that with various Motorola-specific improvements and add-ons and you have yourself a perfect gaming buddy.

The best way to define Edge would be an adequate gaming smartphone at a great price point.

A great balance between adequate gaming performance, battery life, and camera quality. The 6.4″ Huawei P40 Lite is ideal for gaming and streaming if your budget is low. Sure, you won’t get the best gaming performance but it still packs quite the punch.

It has a large screen with a very small cutout.

EMUI 10 gaming optimizations make sure the phone doesn’t fall too far behind in performance. With 70% charge in just 30 minutes, the Huawei P40 Lite is a great phone when it comes to battery backup.

Unfortunately, the P40 Lite doesn’t come with Google services (which includes Google Play Store and Google Play Games support), so you have to source your apps from other markets or manually download and install APKs, which can be a tiresome business.

Memory expansion has to be done via NM slots.

OnePlus has outdone itself with the 8 and 8 Pro. The 8 is also a tough competitor but we’re only going to talk about the 8 Pro here.

The OnePlus 8 Pro comes with a 120Hz screen refresh rate. 6.78” full HD display and a 4510 mAh battery make it a tough competition. Snapdragon 865, 12GB RAM, 256GB storage, 5G support, are all attributes that fight head to head with the Asus ROG Phone 3.

Both the chipset and display together provide an amazing gaming experience.

Although the Samsung Galaxy S20 is not for gamers, it’s still a very high-performance phone for high-end Android gaming. 120Hz screen refresh rate, Snapdragon 865, 12GB RAM, 128GB storage, 5G support, a 6.2″ screen, and a 4000 mAh battery make it a tough contender for the best Android phones for gaming.

The HDR+ dynamic AMOLED screen is beautiful. Truly a powerhouse. Buying the Galaxy S20 will get you 3 months of Xbox Game Pass Ultimate for free.

The 6.67″ Mi 10 Pro is a flagship gaming phone. I’ve been eternally fascinated with Mi’s innovation and design sensibilities towards gamers, and with the 10 Pro, they’ve aced their game.

8GB RAM with a Snapdragon 865 is although less than the 12GB Android gamers are used to, it’s still enough for most games. 256GB storage makes sure you can stop worrying about games filling your storage up. A 4500 mAh battery ensures you can game for long hours.

In fact, the Xiaomi Mi 10 Pro performs almost as well as the Asus ROG Phone 3 that has a 6000 mAh battery.

The best available budget gaming smartphone is the Samsung Galaxy A50. The A50 sports a dapper 6.4” Super AMOLED display and comes with an octa-core processor. The icing on the cake is the 128GB storage, 6GB RAM, and a 4000 mAh battery.

If you want as much RAM as possible without spending as much as the costliest ROG Phone 3 model, then the RedMagic is the clear option.

As for budget phones, Huawei P40 Lite, Realme 6 Pro, and Motorola Edge all give a very satisfactory gaming experience and come with their own unique perks.