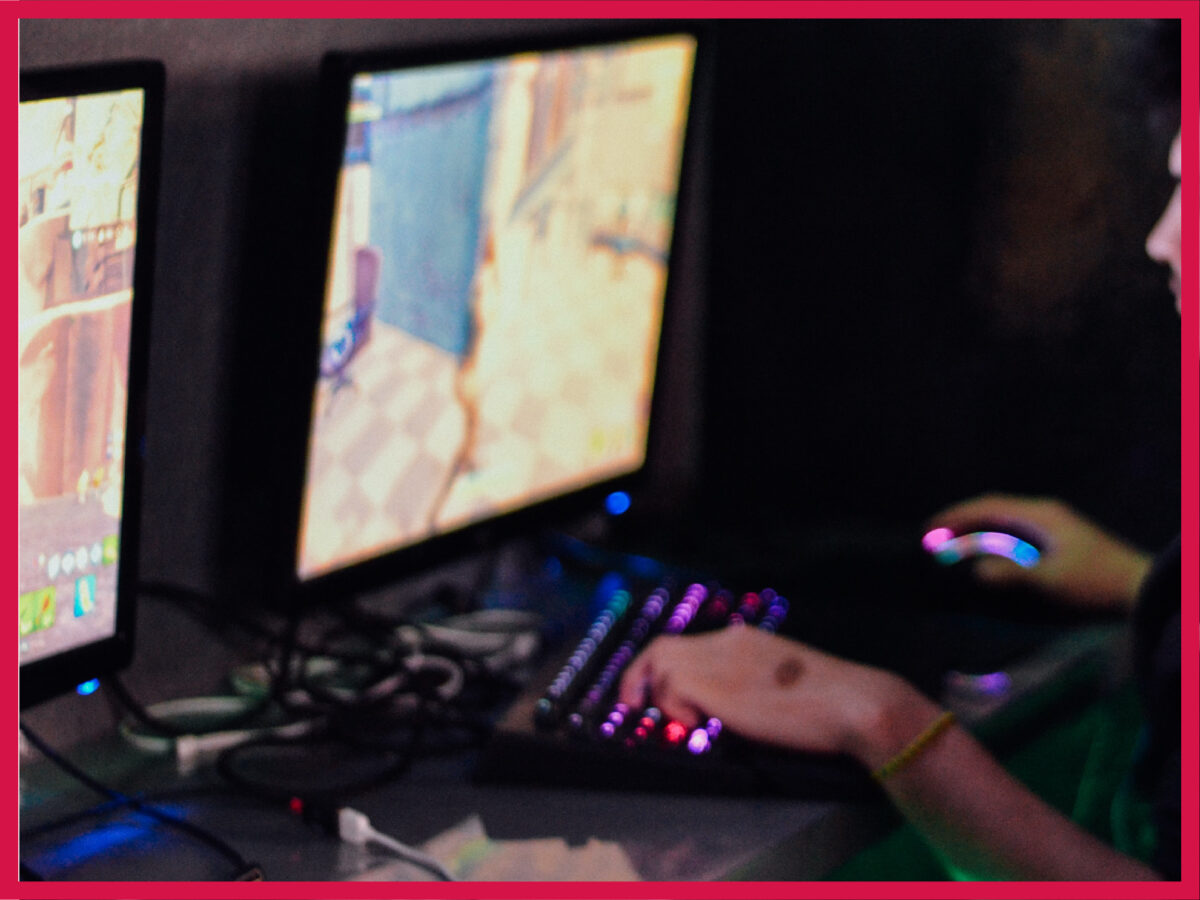 The PC gamer quarrels over the video card and the amount of RAM, how many CUDA cores, and how many gigahertz after overclocking. The laidback PC gamer, however, doesn’t quarrel over HDMI and DisplayPort, or additionally DVI. The active gamer does. HDMI vs DP is a tough cookie to crack for those who have zero experience and know-how of display technologies and cables.

Let’s go over a little story first to fill you with optimism in case you’re feeling down because you fall into the laid-back group.

The area of games is one that is fascinating and constantly evolving. It’s admirable how much playing games can have an impact on you. It’s not only recreational but also acts as an escape from reality for some. Scientific studies even prove that regular and controlled gaming can improve your problem-solving skills.

The beautiful and real-looking graphics can transport you to a different world altogether and allow you to be a part of the story being told, without leaving the comfort of your home.

People who are avid gamers understand the importance of a good gaming machine. A good machine makes a huge difference in your gaming experience. It can take it from a regular to an immersive experience of the game and allow you to truly be a part of the game and live it through your screen.

The importance of the monitor and interface cable

A good gaming PC is lacking without a good monitor. While the rig is responsible for the smooth functioning of the game, the monitor is actually what’s responsible to reproduce the frames ultimately, with all their beauty.

Good monitors deliver good graphics and viewing experiences. Ultimately what you look at in a video game contributes more to the experience than what helps in running it.

Broadly speaking, there are two parts to a monitor: the screen and the cable. The screen is straightforward. It’s either a TN, VA, or IPS panel with additional bells and whistles. TN is good for high refresh rates, IPS is good for a larger viewing angle and better color reproduction.

The other part is the cable. There are various ways to connect your GPU (or the motherboard, if you’re lacking one for any reason) to the monitor. Usually, monitors come with these connection types: VGA (don’t, please), HDMI, DVI, and DisplayPort.

The best gaming monitors are packed with features, but one thing that gets overlooked is the matter of DisplayPort vs. HDMI. You may think it is a simple matter of plugging in whatever cable comes with your monitor to your PC and getting done with it, but the choice of the interface cable you use affects the quality of gaming.

Some differences can often lead to loss of refresh rate, color quality, or both if you’re not careful. If you want to buy a new PC monitor or a new graphics card, you should consider the capabilities of both sides of the connection, the video output of your graphics card, and the video input on your display. Otherwise, the interface just picks what’s best from both ends.

Brief introductions to HDMI and DisplayPort

HDMI stands for High Definition Multimedia Interface. Most HDMI cables come with a side that is connected to a video card side and the other side is used to connect to a TV or a monitor. HDMI cables are used to connect electronics to a display. It can be easily found in the market and is cheap.

DisplayPort is a digital display interface, developed by PC and chip manufacturers. This is mainly found in modern-day gaming laptops and happens to be the first choice when connecting a display to a graphics card in a gaming PC.

Many factors set the two apart. DisplayPort happens to be the first choice for a gamer as it is superior to HDMI in many aspects. HDMI tends to be outdated and is not the best for 4k either.

DisplayPort can easily provide a smooth viewing experience thanks to its better refresh rate support. But the newer versions of HDMI, namely 2.0 and 2.0a, stand largely at par with the capabilities of the DisplayPort’s earlier versions.

Even then, HDMI’s refresh rate is not as good as that of DisplayPort.

HDMI’s latest version has better bandwidth than its predecessors but does not provide a better refresh rate. It has a bandwidth of 18Gb/s, which allows 4k viewing at 60Hz. On the other hand, DisplayPort 2 allows 4k and 8k viewing at 240Hz and 85Hz respectively, which is a much more superior spec to their HDMI counterparts.

DisplayPort is preferred for PCs, while HDMI is better suited to consumer electronics like TVs in general. Though for the cheapness, most monitors come packed with HDMI cables (if not VGA or DVI). Mine (MSI Optix G241) also came with an HDMI cable which I’ve not used because I got a DP beforehand.

Some GPUs and some monitors don’t support either the DP or (more rarely) the HDMI format, so make sure your cable and video priorities are sorted before purchase.

Which one to choose?

For most non-high-FPS games that work just fine below 144Hz, an HDMI cable with a max of 1080p at 144Hz will work just fine. For example, in many competitive games all over the world, the framerate is actually capped at 100 or 120.

If you also don’t exceed that (or can’t, due to GPU limitations), it makes no sense in buying a 250Hz video cable, does it?

Also read: What monitor size is good for gaming?

Consider yourself lucky that the editors don’t let me write more technical stuff. It’s not all that there is. There’s so much more to discuss between the two technologies. More explanation for both the transmission rate and the data rate.

But thankfully, things such as bitrate encoding associated with different signals; how the GPU renders floating-point RGBA and how is it reflected through the cable; bit depth and HDR; the required data bandwidth variance related to color depth and resolution; how DSC comes into the picture for 4k, 5k, and 8k gaming; how different GPU brands factor into this equation; etc. don’t matter a lot for gaming.

Not next time, Spearblade. I’ll have my explanatory revenge.

VGA, HDMI, and DisplayPort: Connection options for a multi-screen gaming setup are three. Let’s learn about them.

Mind-boggling to some, kindergarten homework for others. What is the connection between the refresh rate and the FPS? How they affect each other? What’s the maximum FPS you can get on a monitor? Let’s find the answers to all these questions and more.

Depending on which genre you usually play in, you can go for a type of gaming monitor that will gel seamlessly with your gaming experience itself.

What will be the best screen real estate for you? As big as possible. But what can you settle for, given your budget? Have a look at this analysis first.