Gaming was once seen as just a hobby, a way for people to pass the time as a novelty. However, gaming has evolved massively in the nearly six decades it has existed, and the technology only continues to grow. Gaming has even become a lucrative career choice, with the most skilled at gaming (or at least at presenting themselves) making it their full-time job. The truth of the matter is that gaming, or specifically esports, is now on equal footing with the likes of traditional sports in terms of viewership, prize money, media coverage, and fanfare.

If you are a gamer looking into ways to make income off of your passion, there are several ways you can do so with ceaseless, shameless grinding. Do take note, that even if these methods are very fun ways to earn money, you’re still a professional. That means you need to take the job seriously if you want to have a future in the industry. Today, we’ll be talking about some of the best career choices for those looking to make gaming their hobby.

Streamers and Let’s Players (LPs) are content creators who primarily make a living through their viewership or donations from fans. Streamers use platforms like Twitch or YouTube where the audience is allowed to send them monetized messages that get featured on the streams. LPs often release edited-down versions of their playthroughs, either to guide other players or simply to entertain their fans.

Streamers and LPs are some of the most lucrative ways to make money off of video games, but it is a hotly contested market. It’s important to consider if you pursue this career path your views won’t be instant. A lot of confidence and some marketing know-how are needed. Following the trendiest games is a great way to get viewers early, but make sure you’re actually interested in the game you choose to play. Audiences will notice if you aren’t.

Pro gamers have become more and more renowned in recent years, and for good reason. They have proven that video games also require an immense amount of skill, and should be on par with the likes of other games and sports in terms of reputation and respect. Pro gaming is an arduous road because it is inherently a competitive career path. It might take years, sometimes over a decade, for a dedicated player to actually be a pro in a competitive game.

Like sports, you will be practicing day and night for the same game, honing your skills, and crafting game plans if you are in a multiplayer game. If you choose to pursue esports, you’ll have to be physically and mentally fit. Winning tournaments these days can reach the tens of millions of dollars, depending on the game.

Dota 2 The International 10’s prize pool was $40 million last iteration. That brings this “game” in the top 10 “sports” in terms of prize money (and viewership as well), with Wimbledon offering $45 million, and the US Open offering $47 million. The annual Super Bowl has an overall prize pool of $12 million. Of course, there are other costs and incomes as well. But Dota 2 (and a few other tournaments) have been in the top 10 of sports, not just games, for a few years now, and that is a big thing for all gamers wishing to be esports pro players one day.

This is a very broad term that basically covers all non-competitive or let’s play forms of content creation related to video games. Many people have made scholarly videos about the history of specific video games, and others make their living reviewing the latest video games. There are also speedrunners, people who seek to complete the game as fast as possible with any means necessary. Content creation requires a lot of charisma and multimedia skills, but it’s one of the most popular and fulfilling ways to earn money from playing video games.

Some games, especially competitive multiplayer ones, offer ways for players to sell their skins to other players via an in-game marketplace. Cosmetics and skins are a big thing in multiplayer gaming, and some people have made quite a large amount of money from simply selling skins that they have earned or luckily found while playing the game. If you know 3D modeling, you can also sell your own. The Steam Workshop, for example, is a lively and thriving place for 3D artists where Steam deducts a commission from all your sales but you still make a lot of money if your set or cosmetic explodes in popularity.

There are two types of testers in the gaming industry, and it’s important to know the difference. Game testers are in the early stages of development, and their job is to try and “break” the game by doing things such as walking into certain walls for a few minutes, jumping into voids, and trying to kill enemies from weird spots, and other stuff like that.

QA testers are there to ensure that the game is ready for release. They are not out to break the game and are instead expected to play the game as it’s meant to be played, and record their experiences while doing so. When you are choosing between one or the other, think carefully about how you’ll want to be spending your time on that job.

Beta testers also exist, but that term loosely applies to free testing games from indie developers and studios. Not much money to be made there, unless if you consider social reputation money.

Some video games actually offer in-game prizes that can be traded for real-life currency. There may be different laws regarding these types of games where you may be from, so always check those before pursuing this option. Do note that these games are a considerable time sink, and while it’s relatively low effort, it’s more of a side hustle than an actual full-fledged career choice. 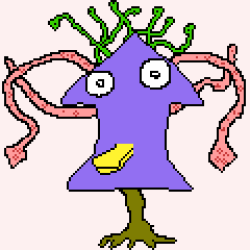