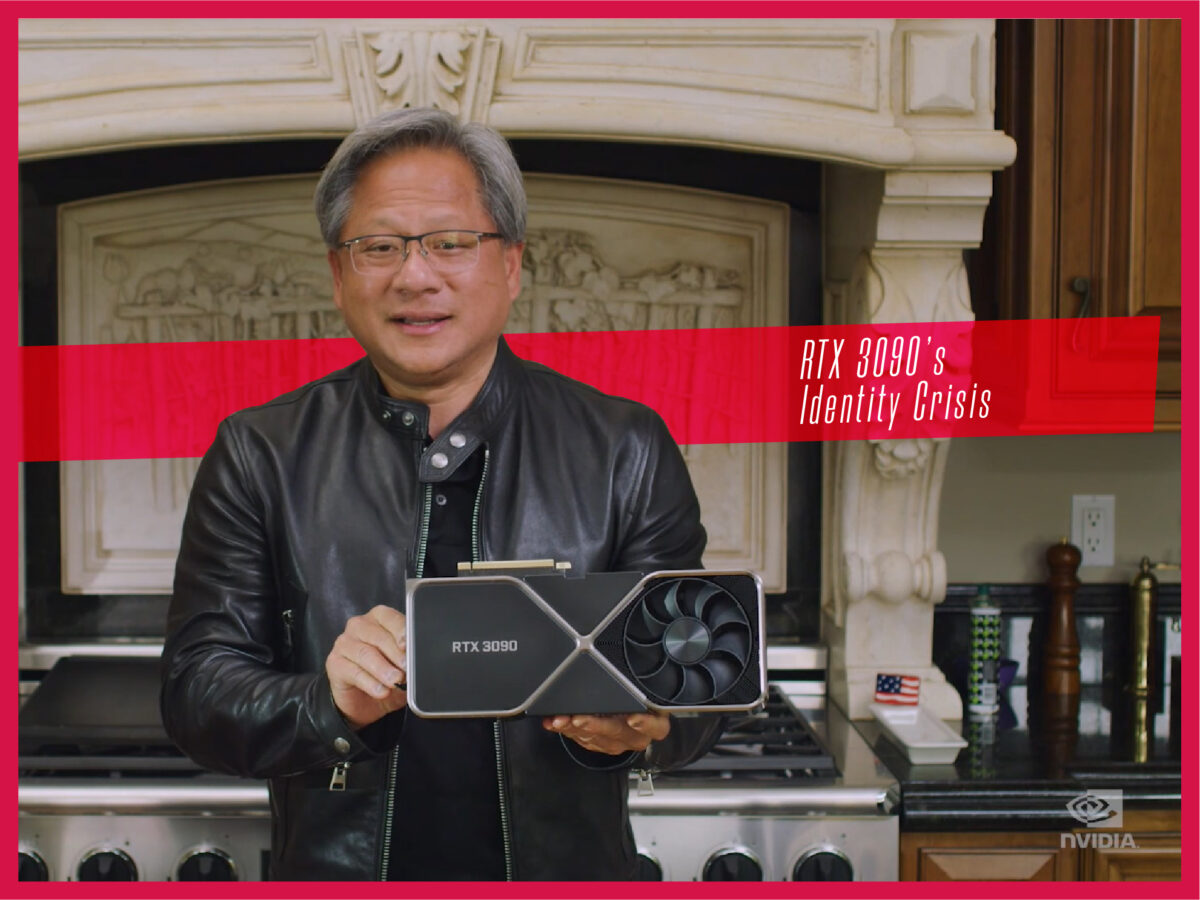 Typically, Nvidia launches the Ti card a few months after the launch of the main range (except in the case of the 20-series). And Titan is a different product range altogether.

Nvidia, on its RTX 30-series page clearly mentions that the 3090 is a GPU with “TITAN class performance” and there was a slide during the 30-series presentation that read the same.

So, if it’s not a Titan and not the Ti of the 30-series, what is it? It’s just another card in the 30-series. How hard is it to believe that? Not at all. There’s no reason for Nvidia to not launch a 3080Ti later or to not introduce a new Titan card.

The RTX 3090 is too slow to be the new Titan. Typically, the average improvement a Ti card gives over the 80 card in any generation is around 10-15%, which is not comparable to a Titan’s improvement over same.

The 3080 Ti, when it arrives (hopefully mid-2021, according to my widely acclaimed but equally nonsensical information radar), will still be faster than the 3080. But it might be similar in terms of specs to the 3090. Can’t comment on the performance improvement just yet.

Why is it not a Titan?

Titan cards have lower power consumption for once. Apart from that, they are also equipped with different drivers meant to provide better compatibility and support for professional and creative software.

Render farms, machine learning, etc. – that’s the bread and butter of a Titan GPU. Titan is a separate product range.

Nvidia will not suddenly halt the Titan range.

A lot of people believe that RTX 3090 is just a marketing term and it’s in fact a 3080 Ti. As much as I’d like to believe Nvidia exploiting monikers to cash in, it’s simply not true in this case.

Over time, Nvidia develops better technology when its existing GPUs have sold out as per the predictions. All of that R&D to improve the performance and design goes into building the Titan card of that generation.

A hybrid of sorts between a Titan and a Ti, for now. It has the performance of a Ti, definitely, and the memory of a Titan. The price is also pretty much in the middle.

But it’s neither a Titan nor a Ti. You have to understand that Nvidia has no reason to ditch either of the product ranges/brand tags. Both the marketing labels are heavily invested in.

The 3090 is just another card in the RTX 30-series primarily for those who spend $1000+ on GPUs. It sort of safeguards the price point for Nvidia because they can’t lose it. It’s one of the things that make Nvidia what it is.

Also read: Nvidia RTX 3090 is the God nobody asked for.