Er. Mer. Gerd. Apple is making a $5000 gaming Mac! Ha, no. There was this big bombshell dropped on the gamers. News was, Apple would announce it in June 2020 during WWDC. It all started from a news piece in China’s Economic Daily (you need to translate) that claimed Apple is coming with this high-cost system to woo esports gamers.

Well, I’m a fairly good but meaningless esports player and the last thing I’m interested in is playing my Dota 2 on a $5000 machine, trash talking on the cute Apple keyboards, which probably can’t handle it. Between that and watching gameplays on YouTube, I’d choose the latter.

Also read: How relevant is gaming on Apple machines?

Featured image courtesy: AppleInsider on YouTube. I can’t possibly own an Apple.

Pinrolling their jeans, Apple will definitely enter the trench that gaming is. Why? Simply because there is money to be made and it aligns with their vision. Dedicated gaming machines are technology too good to be skipped by Apple.

They have already made the jump from integrated graphics to dedicated video cards so users can play gamers better. Back in 2018, Apple started fusing their machines with eGPUs. They’re improving their current game collection as we speak. But all these are common symptoms, even Linux developers are working hard on these. I’m not hinting that these small steps are a clear reason of why Apple will enter gaming.

The new graphic cards from Apple are also heavily marketed and established as separate brand assets, not just as components. In other words, it’s not always that the laptop packing the chip is superior. Sometimes, they try to attract people with the chip itself, giving it its unique personality.

And then there’s Apple Arcade – a gaming subscription service from Apple that they’ve been pouring money into very serious about. Alex Blake of Digital Trends notes that Arcade comes with aggressive pricing, cross-platform (Apple platforms only) compatibility, known game creators onboard, etc.

All these are definitely good signs.

But again, the main reason why Apple will enter this market is simply because it will make them money.

My peers at Spearblade don’t agree, but for me, Apple will most definitely enter the gaming market with either a console or a piece of dedicated hardware. To me, that’s more likely than an iMac built for gaming or worse, a Macbook. Anyhow, we’re sticking to conspiring for the machines.

But for argument’s sake (because nobody cares what I think), why do I believe that? Because a console directly competes with Microsoft, which is their main competitor. And a piece of gaming hardware is something they make a statement with when they urge manufacturers to incorporate Apple GPUs. It’s always better for a big corporation to directly compete with another big corporate rather than enter a mixed bag market or hit a completely fresh audience, trying to compete with Alienware and Razer.

Apple has discontinued support for OpenGL a couple of years ago and urged developers to use the Metal API by Apple, which is great for game development and allows Apple more control. Metal single-handedly made the A chips so powerful that iPhones are the most used gaming smartphones. One thing that you need before you enter a market is some level of control.

But that doesn’t mean that’s what I want. I’d love to see an Apple iMac for gaming. I will not buy one, except to test it perhaps, but I’d like it more.

What to expect in an Apple gaming machine

Keeping up with their existing legacy, the prices will be higher than what seems logical for the configuration. On a one-on-one comparison, any future Apple gaming machine will be underperforming than a desktop that costs half what theirs will. Also, when a new vendor with a completely different operating system enters a market, there are bound to be compatibility issues. Humanity will discover strange glitches, and all that will go towards accentuating the point that Apple gaming machines are not up to the mark with a regular custom-built PC.

There’s a possibility that Apple will go with AMD for the GPUs for their machines. If they do, it will surely increase the gamer userbase. Side note: Nvidia and Apple have a particularly strained relationship, and the last string was Nvidia pulling CUDA support for macOS.

But then again, you’ll be compensated by their aesthetics. What you might lack in the processing or graphics front, you’ll make up for it in terms of better sound, greater keyboard and mouse ergonomics, a super-quiet cabinet, and maybe some premium add-on software that allows you to benchmark or optimize your gameplay.

Additionally, expect Apple to ditch a lot of things gamers love like RGB lighting, beefy fans, transparent cases. All the flash. Their modus operandi is more sleek, minimal, matted white stuff. And in all honesty, we should be open to that.

The Metal API, although not as powerful as DirectX, is clearly on the path to major performance improvements. A year ago, my only statement to any question that had both Apple and gaming in the same sentence would’ve been “Metal sucks, it’s a no-brainer”. But seeing what I’ve seen throughout 2020 and digging up some stuff that happened before but missed my “radar”, I’m pretty sure it’s a formidable opponent now. All it needs is more developers hammering it until it breaks, Apple patching it back up, and then repeat.

Will it be an upgrade or a different product range?

This one is a tough question, especially because I don’t sit on high-level management meetings held at Apple Campus in Cupertino, CA.

My highly trained and equally irrelevant guesswork points me towards a separate product range. It only makes sense – gamers are a different target audience, not something Apple advertises or appeals to. They’re also very disconnected with the thought of gaming on an Apple machine (check my other article on how relevant is gaming on Apple). To win over a disconnected audience, they need a wholly different product range apart from a full-blown campaign (read a ton of money).

If it’s just an upgrade on top of existing hardware, it’ll give Apple some room to experiment and fail. Which is not the best way to go about anything, but also the most effective.

What the rumors point towards

The rumor I’m most interested in is Apple being in talks with AMD to incorporate their chips in future iMacs. Now, that’s not nearly as good as making a separate product range, but it’s a start. If newer Mac machines come with AMD GPUs, then clearly more developers and gamers will move to gaming on Macs. Or, a completely new breed of people using Macs for whatever reasons they use Macs for will come together and build an Apple gaming community.

An absolutely fine March morning, Spring is just in, love and flowers in the air, and here’s what I pick up on my very specialized but equally meaningless radar of sorts: Apple is investing in making a Vive-like AR headset. Now, this is exciting news. And it’s more than just a rumor, as I found out upon more digging. Investment in AR is always good news, and a precursor to move towards serious game development.

When can you expect an Apple gaming machine?

Give them a couple of years. I’m very sure that they are heading towards it, or something similar to it. They’re taking careful steps, tiptoeing around the word “gaming”. They are, in all likelihood, eyeing the dashing beast that serious gaming is and the huge industry esports has become.

Their A chips, talks with AMD, and the other stuff, along with a lot of not-so-public projects, testing, and talks they must be in will take a while.

Serious concerns regarding gaming on Apple

Now, there are many legit concerns. The primary one is performance, which I’ve already talked about.

Apple is doing everything it can to make sure no other store comes to the Mac environment. It’s stamping out the competition for the App Store (or where will that sweet 30% cut monopoly go). For example, there are rules like no more thin clients for cloud services, no more selling stuff through a subscription service if you don’t give its license or own it yourself, no more App Store-looking directory apps, etc.

App Store is itself a subscription service, but then there’s this caveat in the App Store guidelines which you can probably find natural: rules don’t apply if all your games come from Apple, and in the App Store, all games indeed come from the Apple servers.

This means players like Steam cannot enter the market via the native channel.

Another thing, Apple’s current vision with Arcade is nowhere near serious gaming. The game culture on Arcade is a purely living room, family games. Casual, fun. Maybe Apple never comes up with a gaming system and tries to bolster the simplicity of casual gaming by making Arcade a more cross-platform service.

The final concern that I have is the lack of upgradability. You can take my RGBs away, my mechanical keyboard away, but you’ll never, ever separate me from my inherent, unexplainable, almost God-given and fully constitutional itch to swap parts in and out of my cabinet. A Mac game system will not be upgradable because they don’t like you opening them up.

Editor’s note: After a fairly calm discussion, we’ve come to the understanding that the bigger questions aren’t “will Apple will make a gaming system”, or when. Rather, it’s whether you even need one. 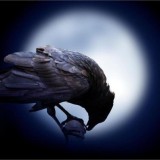