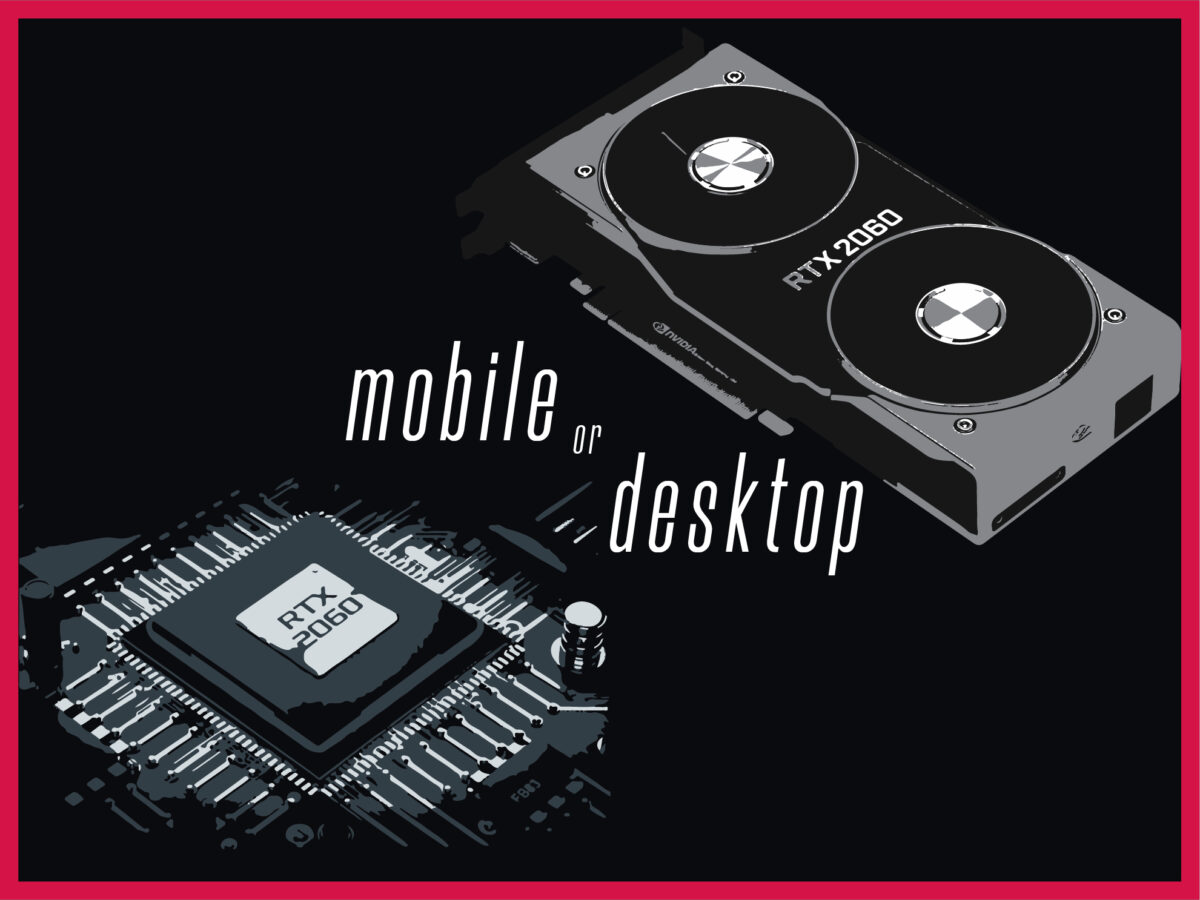 All of us have consumed a lot of content on the topic of “gaming PC vs gaming console”. But now we have a new beast to compare with gaming PCs: the gaming laptop.

To some, it’s not even a competition. I used to be like that. “What has a gaming laptop got over a gaming PC? If portability is so important that you’d sacrifice your FPS, then you’re not a gamer in the first place because we don’t leave our room ever anyway.”

Well, I must say my perspective has changed. A gaming laptop is a machine comparable to a gaming PC in all aspects.

Let’s see a true comparison between the two gaming platforms. Here’s a table to help you pick the winner quickly:

There are exceptions, of course. We’re generalizing outrageously here. So, depending on which factors are most important for you, you should be able to choose what’s better. Let’s see the full comparison now.

A gaming laptop can fold and fit inside a backpack. For a gaming machine, that’s the best portability you can get unless you consider smartphone gaming a competitor.

Laptops are built to be portable and lightweight. Most modern gaming laptops are also now breaking the barriers of conventional gaming laptop chassis, which used to be bulky at best. Now, we have ultra-thin and sleek ones that pack comparable power to a gaming rig.

You need very little desk space to game on a laptop. Attach your mouse and headphones anywhere and you’re good to go, in fact, don’t even need a desk in the first place.

With a PC, you need to have a specific, permanent place. Keep in mind you also have to make sure the air going out of the CPU has room to travel upwards. With a larger monitor, a keyboard, and more peripherals like a speaker system, you need a lot of space to set up a gaming PC.

Some laptops do come with outrageously large charging adapters so that can be a concern because you’re never going to game on battery power anyway.

A gaming PC is more likely to give better performance but times have changed drastically. A lot of gamers prefer laptops right now. So, are they sacrificing performance? Not at all.

A Max-Q 2080, for example, is pretty standard on thin laptops these days. If you’re willing to get a bulkier one, a 2080 Max-P is pretty much guaranteed. The 3000 series is still largely untested on both ends, but I’m sure the trend will be followed.

You have to seriously think about why manufacturers like Nvidia, AMD, and even Intel are actually allocating more resources than ever for mobile GPUs and CPUs (mobile means portable, not smartphone). Why, indeed? Because it’s a market that’s surging frantically.

I have to be honest here. The mobile counterparts of the most widely used GPUs are less powerful than their desktop counterparts. And it’s not after taking a desktop’s better cooling system into account. They just are. It’s also easier and more reliable to overclock a desktop GPU.

In terms of performance, therefore, it’s a tie. You can get a high-performance laptop very easily, in fact, the ones you find as top results when you search for a gaming laptop all pack the latest hardware.

The gaming PC is the clear winner here. Unlike a PC that you are most probably going to build from the ground up, a laptop is prebuilt and hard to upgrade. Those who know their way around find it easy enough, but in comparison to upgrading a PC, it’s still more difficult.

Some laptops (like the Alienware Area 51m) are advertised as upgradable laptops but honestly, it’s a nightmare and there’s no guarantee that Nvidia and AMD will keep making mobile parts that are swappable inside a laptop case.

All in all, if you’re the one who always likes to upgrade your PC whether it’s just another RAM stick later on or the latest GPU when it arrives, you’re better off with a gaming PC.

It’s a no-brainer. A gaming PC is usually one with bigger screen size. Whether it’s 22”, 32”, or an even wider panel – gamers tend to go as high as their budget permits. And even along with a fairly large monitor, you’re still not exceeding your budget as monitors are not what you’d call one of the more expensive parts while building a gaming system.

The majority of laptops come with a 17-inch screen.

Heat management is one of the most crucial aspects of gaming. Without proper heat management, even the best configuration will fall apart, making your gameplay experience terrible.

With a laptop, you have very limited heat management. Buying a laptop with vapor chambers is still a rare thing. Fan-based laptop heating is not as efficient as an airflow system inside a PC cabinet. On a laptop, you have to stop playing anywhere from two to four hours depending on the machine to avoid thermal throttling that ruins your gameplay.

With a gaming PC, you don’t have to stop even on high settings. The reason is simple. There’s more room for each component inside a PC cabinet than there is for a gaming laptop’s fully sealed chassis. Therefore, heat dissipation is easier. You cannot increase the number of fans on a laptop either while that’s actually a common thing to do in a PC. And when you are running extremely demanding games, you always have the option of going for liquid cooling in a PC, whereas in a laptop the best you can do is a cooling pad, except in some models which feature specific cooling techniques in exchange of a fortune.

Not to mention increased heat also decreases the lifespan of a laptop.

Also read: Complete guide to water blocks, water cooling, and liquid cooling – the basic components that make up the heart of advanced cooling solutions for better temperatures while gaming on your PC.

But it all boils down to whether you need portability, how familiar are you in building a PC, or whether do you even want to upgrade or not. If you’re getting the same configuration in a laptop for more bucks but the laptop has good cooling and you need portability, then by all means go for it. It’s a better pick for you.

And for a gaming PC, you also have to take into account the peripherals. The monitor, keyboard, and speakers are three of the main investments that you don’t need to make if you go with a laptop. But a serious gamer will invest in a good headphone anyway, so that leaves us with just the monitor and keyboard. Taken together, they are enough to tilt the balance in favor of a laptop.

Pre-configured or prebuilt desktops cost more than self-built PCs and that’s a different consideration altogether. It’s not rare you will see a prebuilt gaming PC that costs as much like a gaming laptop with the same configuration.

It really depends on what you want. Having a portable gaming machine is more preferable in some situations while a desktop gives you more performance in the same amount of money, if not much less. If you’re on a budget but don’t want to sacrifice power, go for a desktop.

If you’re conflicted, it’s always a good rule of thumb to compare between a list of desktop computer components and a set of laptops that have the same type of configuration. If these laptops are in your budget and offer good heating, then you can go for one.

Given gaming is very important to you and your budget is tight, is a gaming PC really the best use of your money?

Atari VCS and the new cryptocurrency token from Atari aim to build a gaming ecosystem that rivals Apple more than PS, Xbox, or PC gaming.