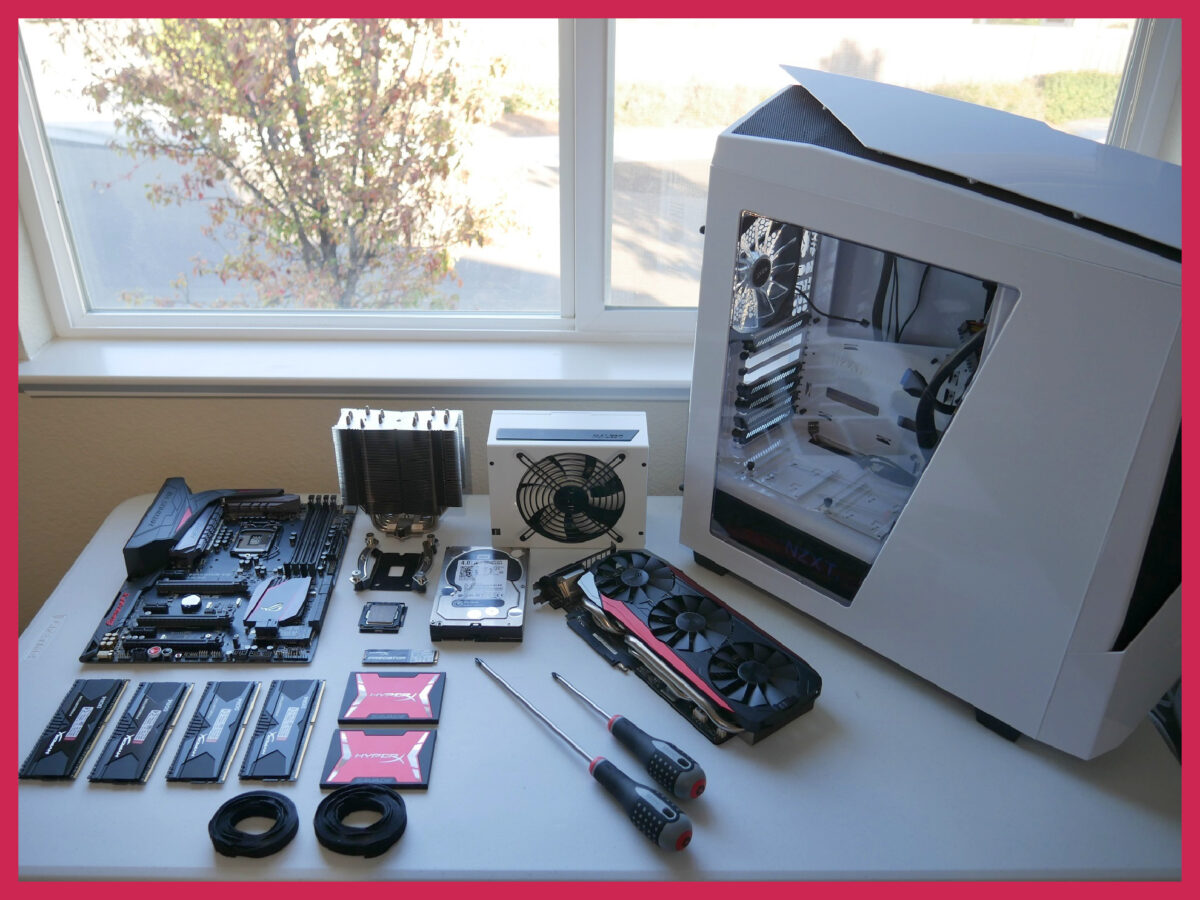 Well, you don’t need screws for the most part. To build a gaming computer, it means to put together multiple components that are vital for a good gaming performance on a PC, and then add some more bells and whistles to achieve bragging rights.

You’ll find plenty of guides for building gaming computers. Intel has one, GameSpot has one, well actually the list of those sites that don’t have one will be smaller. And all those guides will give you a good gist.

So, what does it mean to “build” a gaming computer?

Just like how John Green wrote in his cosmically beautiful book on spacetime, “some infinities are bigger than others”, you need to know that some components in a gaming PC are more important than others.

Building a gaming PC is all about putting together multiple components. The more seasoned of us know our way around a rig so well that we don’t even need a stock case or cabinet to put these components and make them work together. But for the freshers, there are a few considerations:

Components you need to build a gaming PC

Here’s a list of the basic components you need to build a gaming computer (note that I’m listing the type of the component only, and that within each type, you have different models and makes depending on performance and price):

What else do you need to build a gaming PC

In terms of additional hardware, a cooling system, additional fans, cable management stuff (lugs, terminals, cable ties – my favorite), surge protectors, and a UPS ought to cut it.

As for tools, besides a screwdriver you perhaps need a flashlight as some spots are tricky to see inside a case.

That’s pretty much it.

An operating system (Windows 10, unless you’re going to indulge in some Linux gaming) is important to actually see anything on the monitor. But it’s not hardware.

Make sure you put the monitor’s cable into the right slot. On many cases, it’s pretty common to accidentally plug your monitor to the motherboard’s HDMI/DisplayPort/DVI/VGA. Even if it works, it will give you motherboard/processor’s integrated display instead of the GPU’s display which sort of defeats the entire point of having a GPU.