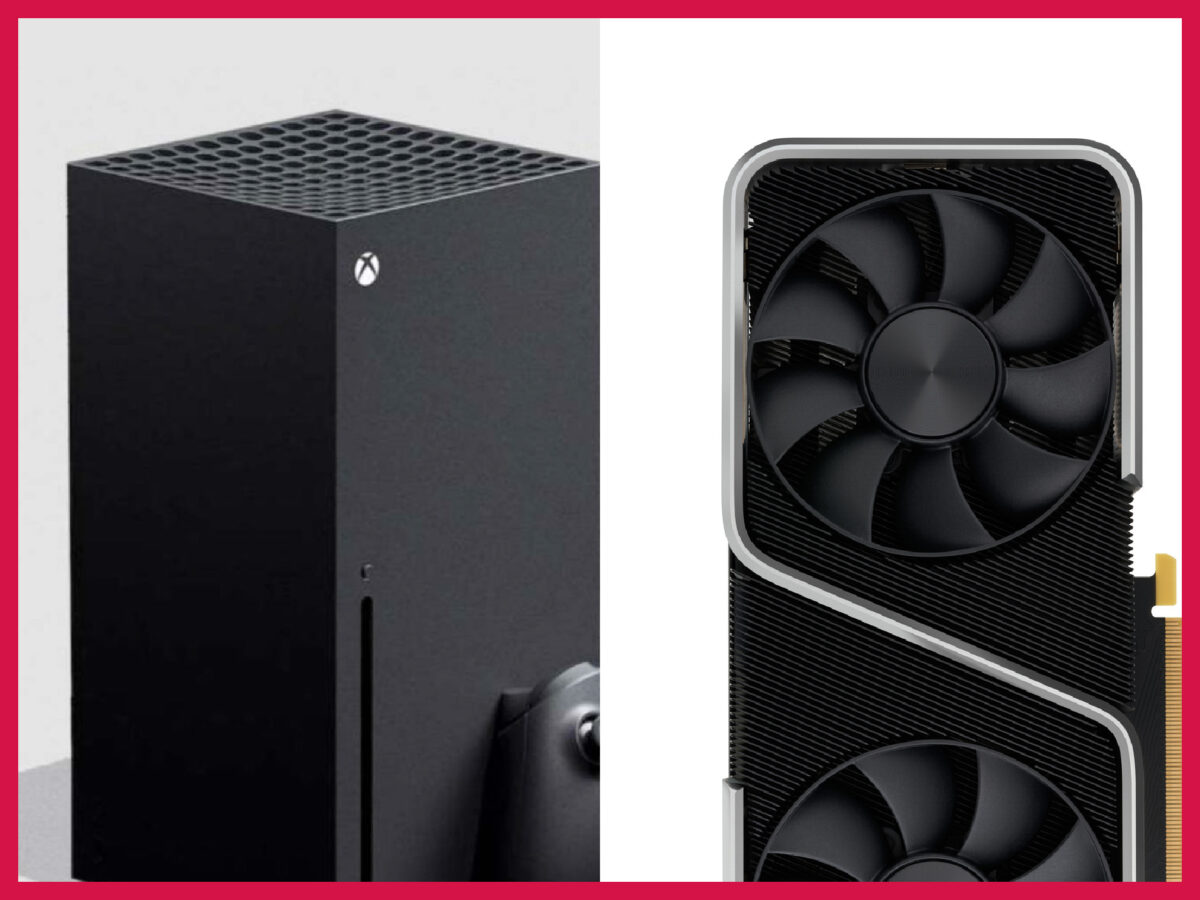 Which one is better out of the Xbox Series X GPU and the Nvidia 3060 Ti? This is a question you might be asking for a variety of reasons. Perhaps you’re thinking of upgrading to a PC with a 3060 Ti from an Xbox Series X.

Let’s get to the bottom of it.

TL;DR: Close match. Further, due to game optimizations, hard to see any difference. In raw power and ray tracing, the 3060 Ti wins. In specs, the XSX might win.

The Scarlett is a powerful GPU. No doubts there. It’s designed and built by AMD, Nvidia’s competitor. 3328 CUDA cores and a 10 GB GDDR6 memory place it right up there with heavy-hitting desktop gaming video cards.

The TDP of both cards is the same (200 W). Both support DirectX 12. Both support the same versions of shaders, OpenGL, and Vulkan (with the RTX 3060 Ti using a higher version of OpenCL).

As per this technical comparison, you’d think the Xbox Series X GPU is better.

The GPU isn’t the only piece of the puzzle when you’re gaming on a desktop. The Nvidia RTX 3060 Ti, coupled with a fairly large system RAM and a modern processor will outperform (in terms of FPS) the Xbox Series X.

In terms of raw computation, hardware-accelerated ray tracing, and DLSS, the RTX 3060 Ti wins hands down. It simply has more raw power. Though the Xbox Series X GPU has more teraflops.

Add to that the fact that the 3060 Ti has DLSS in certain games, which gives it a further 20-30% performance increase without any visible loss in image quality.

The RTX 3060 Ti is more of a 1440p video card. Although both can run pretty much anything at [email protected], sometimes with a few compromises.

Game developers are not nincompoops. They optimize their games for the hardware. Unless a game developer like Ubisoft releases raw specs for a game they released for both platforms and tells us what optimizations did these titles underwent, we cannot know which one is better.

XSX games are optimized for the Xbox Series X GPU. They will run really well on it. The same title, when ported for Windows, is optimized separately to run on a desktop GPU like the Nvidia RTX 3060 Ti in this case. And therefore, the difference will be marginal in the overall quality.

Which one is better? It largely depends on the game, how well is it optimized for specific hardware and the development team behind it.

Also read: Xbox vs. PS vs. Switch vs. SNES vs. Luna vs. Atari VCS – which console is good for what?